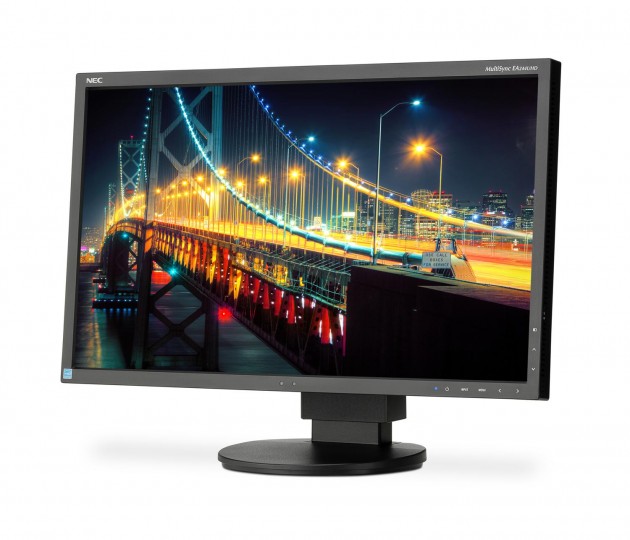 For those of you starting to author 4K footage and are looking to upgrade your display or simply add another display to you desk, I was recently sent NEC's latest 4K offering to review. I was also able to compare it to the last NEC display review we did (NEC PA301W) from their higher end professional series.

As NEC's only 4K display, the Multisync EA244UHD boasts 3840 x 2160 pixel resolution, 99.3% of the AdobeRGB color gamut and an IPS display with 178° viewing angle in both vertical and horizontal directions. 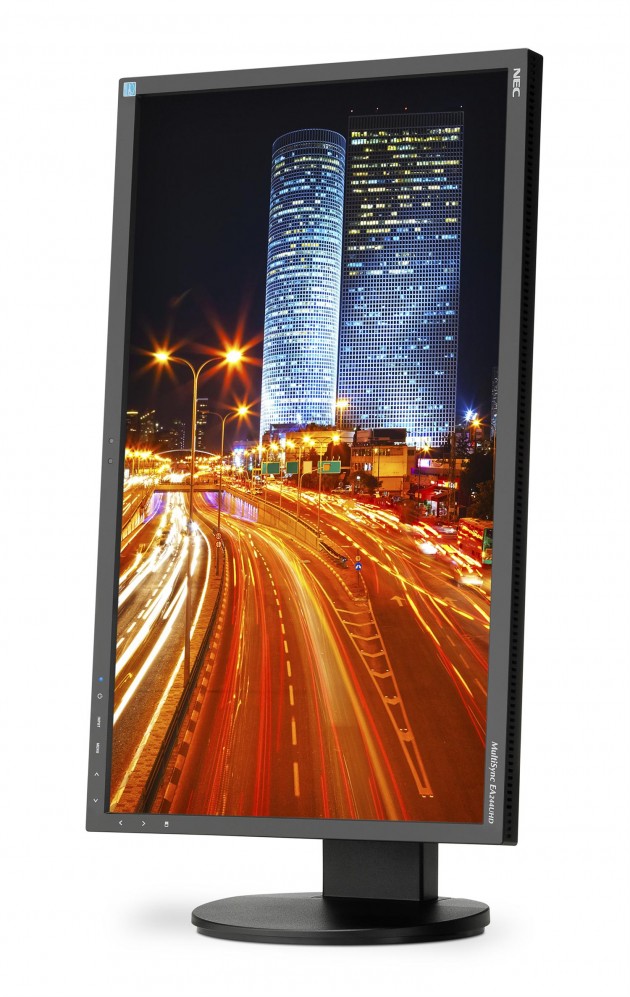 All of the testing for this display was done with a Late 2013 Mac Pro (the cylinder) using an AMD FirePro D500 graphics card over a DVI-D/Thunderbolt cable. As one might expect the resolution of this display was spectacular and 4K content looked extremely crisp and clear. However, given the EA series displays are geared towards their higher end business customers, and not graphics professionals, I was curious to see just how well the color reproduction, gamut and uniformity compared to their professionals series displays. To do this I ran a few comparisons against the NEC PA301W that I currently use as my main desktop display.  After my review of it a few years ago I was so impressed that I decided to purchase one myself!

Before I show a few of those comparisons I wanted to list the main specifications for this display. 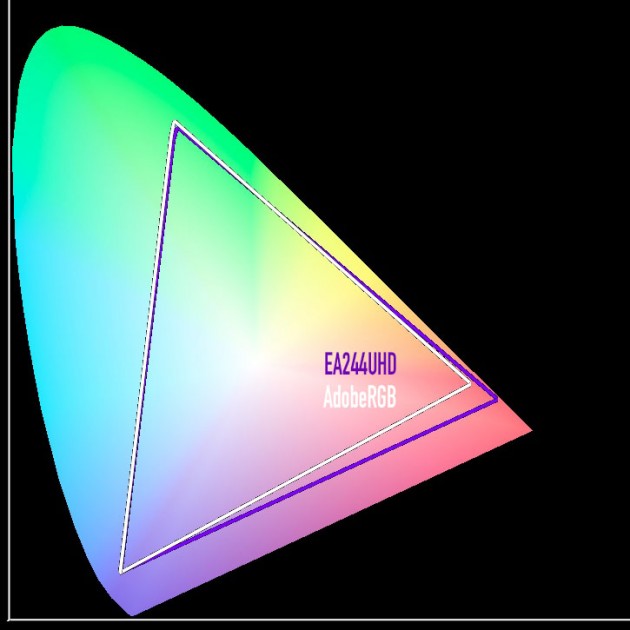 As you can see the EA244UHD encompasses 99.3 of AdobeRGB. It does not quite cover all of the saturated greens and some blues. 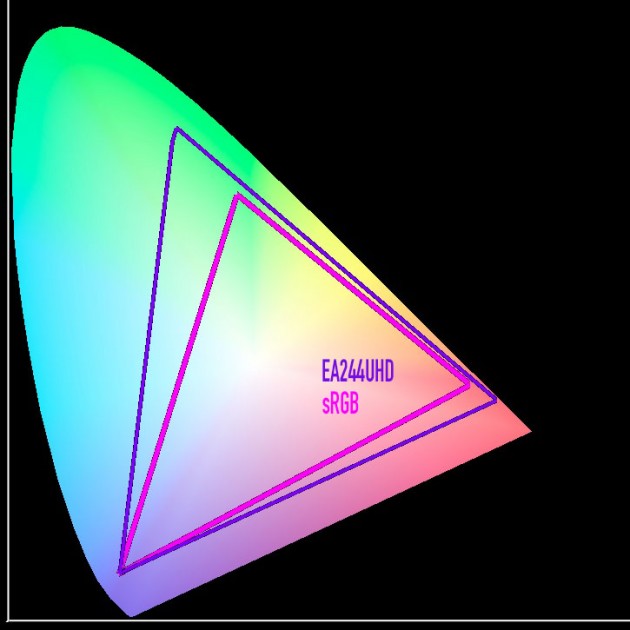 As with most wide gamut displays, the EA244UHD covers the entire range of sRGB. 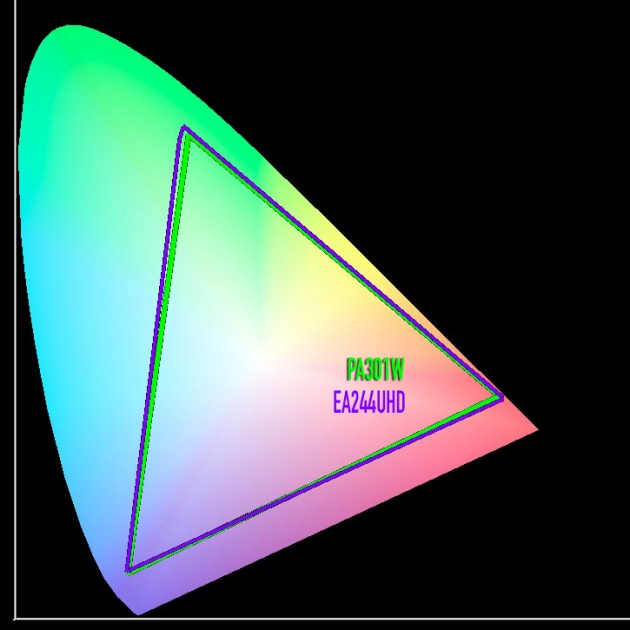 When compared to the higher end PA301W professional display, the EA244UHD actually covers a slightly larger gamut.  As an aside the PA301W was the first generation of this series and it's replacement (PA302W), based on specifications, would be very similar to the gamut of the EA244UHD displayed above.

If you are serious about color management, you want to be sure that your colors, both luminance and whitepoint are as uniform as possible across the display.  The EA244UHD has built in uniformity controls that previously were only available on their higher end units and performance is impressive.  Both displays were calibrated and profiles using NEC's SpectraView II software.  I then used the latest i1 Profiler software from XRITE to measure uniformity at six points across the display. 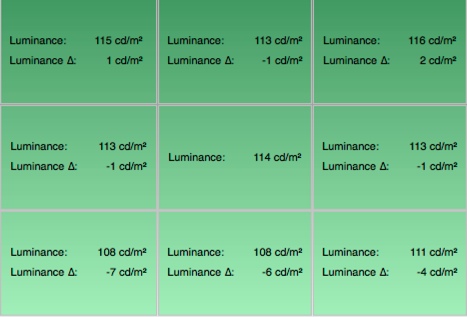 In the graph above you can see the measured luminance at the center of the screen (the target for the calibration was 120 cd/m2) and  I then compared this across the display.  The largest difference was in the lower left corner at just over -5%. 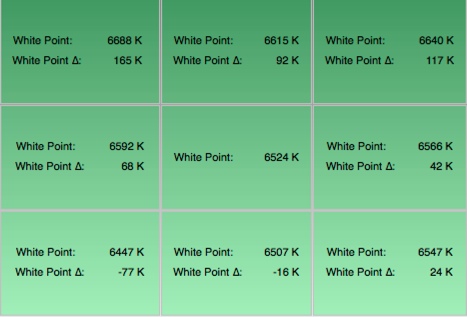 I then compared the whitepoint deltas from center of display.  The target white point was 6500K.  In this case the largest delta was just over +2% in the upper left had corner.

In both cases, the luminance and whitepoint, fell well within acceptable ranges of deviation.  To get a better idea of how much better their higher end display perform in comparison, I ran the same tests on my PA301W.  Here are those results: 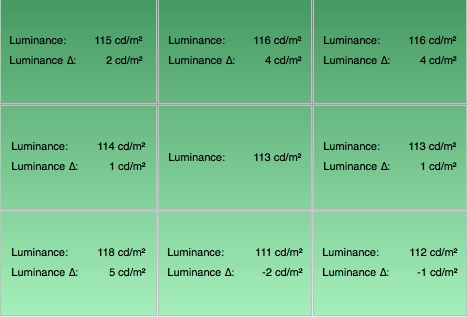 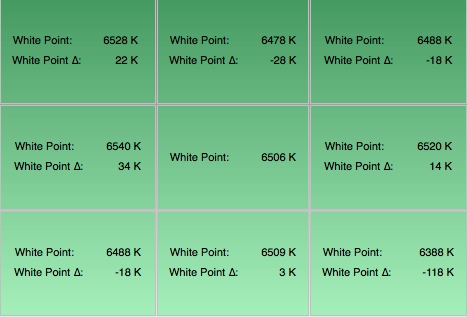 Above you can see the available input ports that are available on the bottom of the display. DisplayPort (2), HDMI, HDMI/MHL, DVI-D Single Link (2), USB 3.0 hub (1 up/ 2 down) (Right to Left) 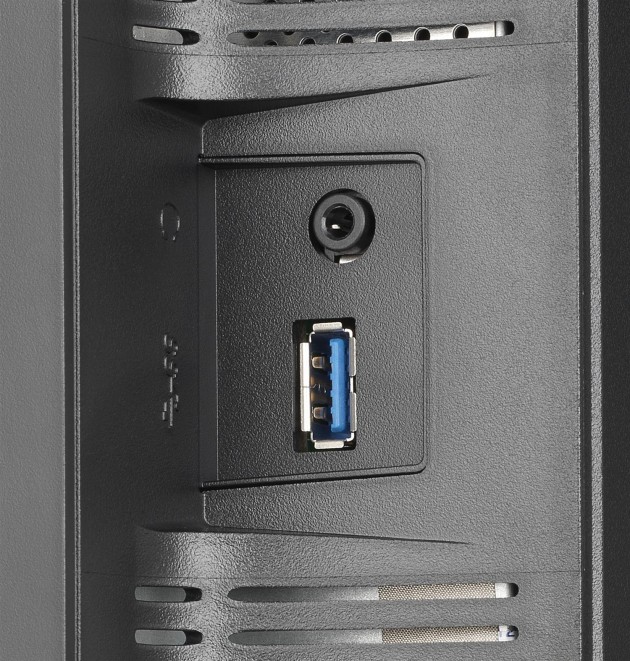 The right side of th display boast a USB3 connection as well as a headphone jack.

As a whole I think the EA244UHD does a very respectable job of reproducing color and would be more than adequate for any professional visualization artist who is specifically interested in having a 4K display for editing or a secondary monitor.  Due to its 24" screen size it is a bit too small to suffice as a primary display for most.  At $1,349 USD retail, the NEC EA244UHD costs slightly more than its competitors with nearly identical specifications, but having used an NEC display for the last 2.5 years I can say I have been very impressed with the overall quality.

If you are interested in color management, as everyone in our field should be, you can also purchase an NEC branded XRITE i1 Display Pro spectrophotometer with SpectraViewII software for an additional $299.