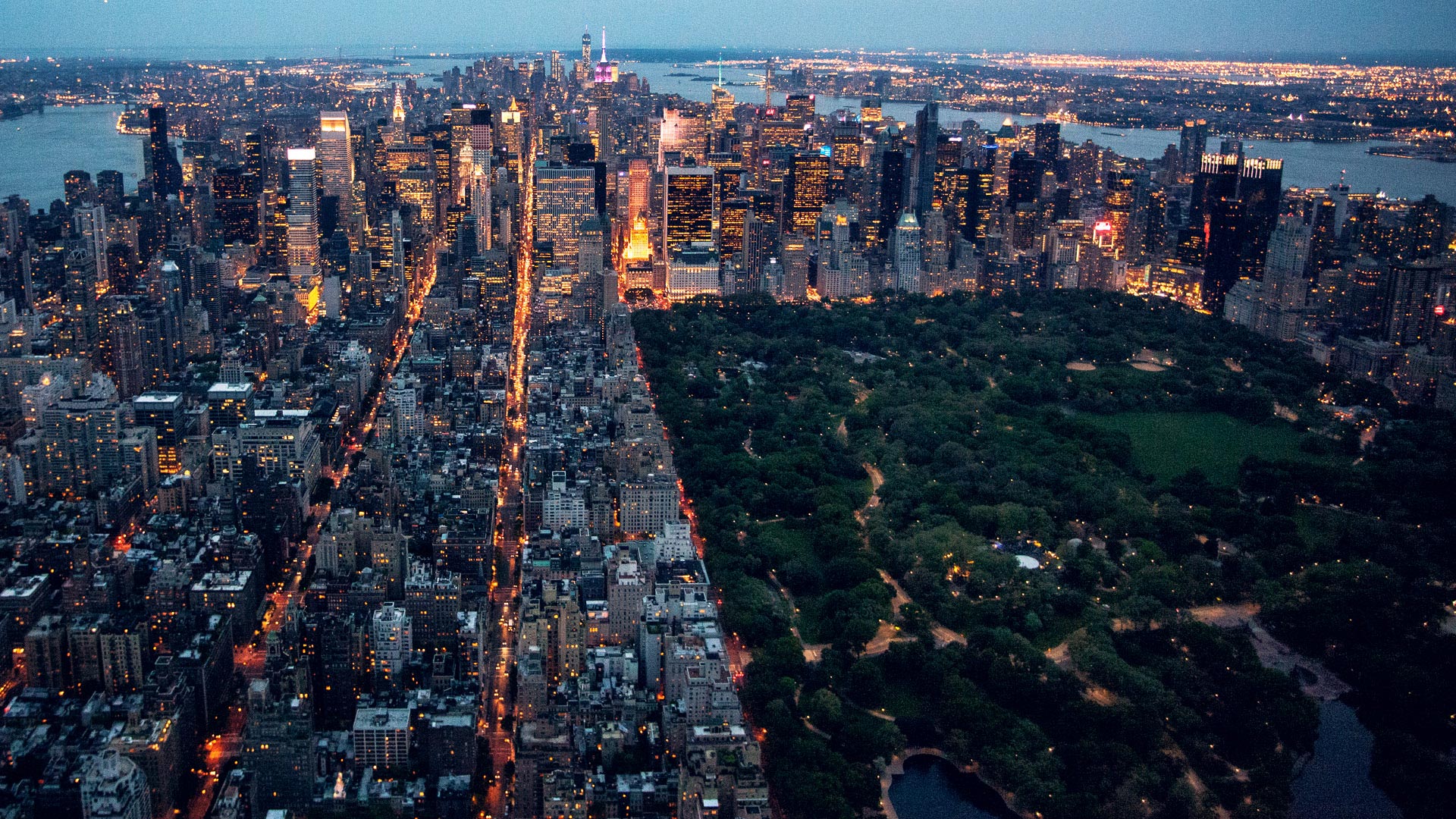 Please introduce yourself, your background and how you got into the industry.

November Yankee was started by Rob Sabatini and myself (Gaspard Giroud).  Rob studied design and animation at School of Visual arts here in NYC. After college, he moved onto a successful career in commercial advertising and broadcast television winning several awards along the way.

I grew up in the South East of France and studied Architecture in Lyon and Paris. I came to New York on a scholarship for another year of architecture training. After graduating I worked as a CG artist for both architecture and advertising. 5 years ago Rob and I joined forces and opened Piranha. At the time it was just the two of us. We are still servicing the real estate and advertising communities.

You have been running a creative studio in NYC, Piranha, for a while now and have done a fair bit of  high end arch viz work, tell us about your new company November Yankee and how that got started.

November Yankee, launching this week, is a natural extension of Piranha because we have done numerous aerial shoots in the past 5 years. We shot a lot in the New York but also Queensland in Australia, Orleans in France, London in the UK, Ontario and British Columbia in Canada. We decided to separate that department and open our doors to the film and television industry. 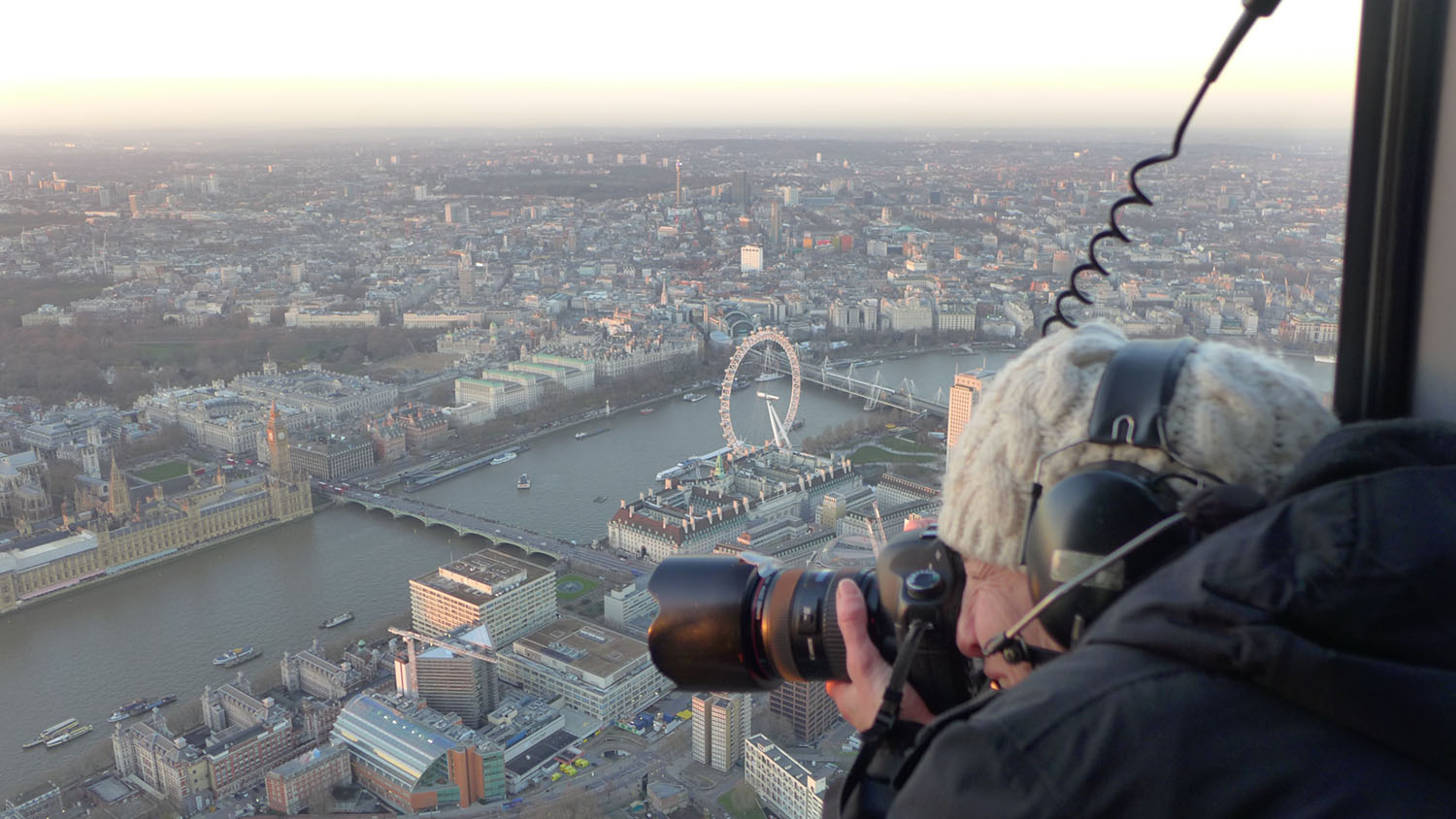 Now that you have your own aerial production company, were you able to reduce your shooting costs considerably?  Now you get to charge others that $20,000, that must help a bit :)

We cut the cost because we pick our equipment precisely and we prepare our shoots. A lot of the costs in aerial filming can not be compressed. That said, it is easy to overpay if you are poorly advised. When we just started, we were paying a high cost for aerial cinematography. Twin turbine helicopters, most expensive stabilization mounts, cameras and crew, big landing fees, all this sometimes for disappointing results. Then we thought: there must be a better way.

You mentioned going through all of the problems while you researched all of the different stabilization systems, mounts, cameras etc. Can you walk us through that process and some  of the more interesting findings?

We started from scratch: We re-learned everything the hard way. We rented the smallest available helicopter and shot handheld with the canon 5D. The benefit of this is that it shows everything that goes wrong with too small of a budget. We took our Red camera as well and shot out of the window. One of the biggest issue in shooting from a helicopter is the stability: the helicopter is subject to turbulence but it also generates high frequency vibrations from the rotors. That high frequency vibrations create a distortion in each image of the film that is called rolling shutter or jello effect. This is very hard to get rid of in post production. 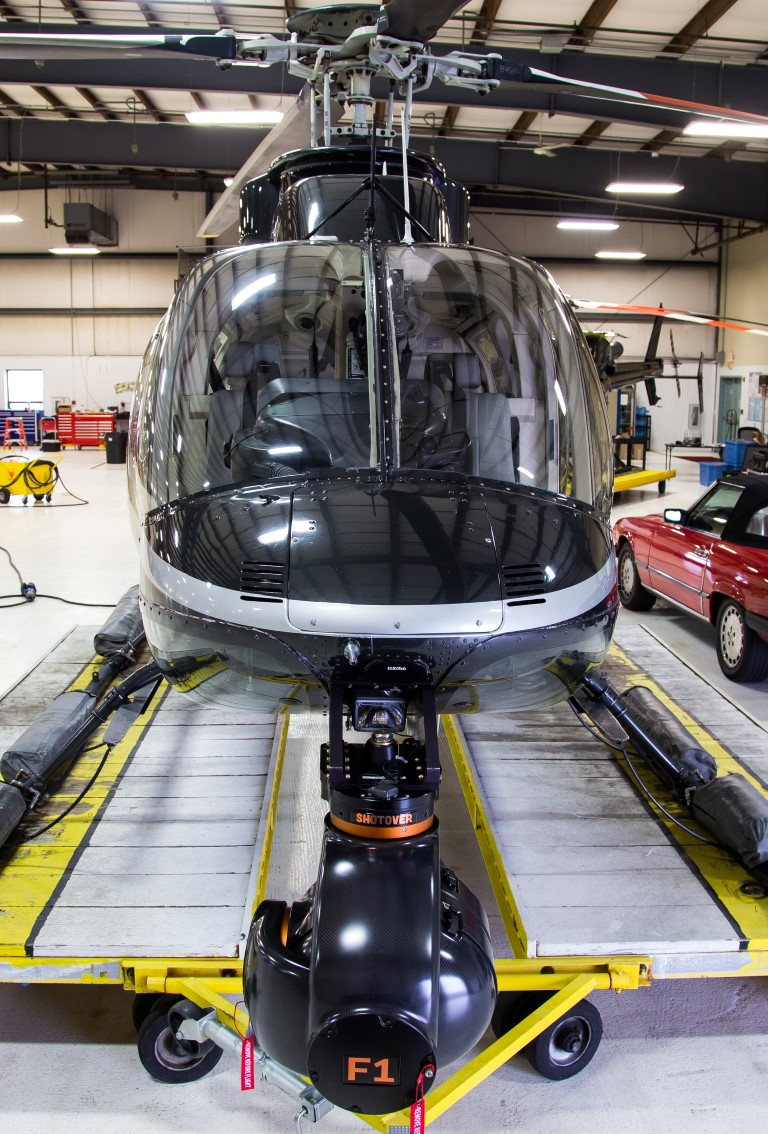 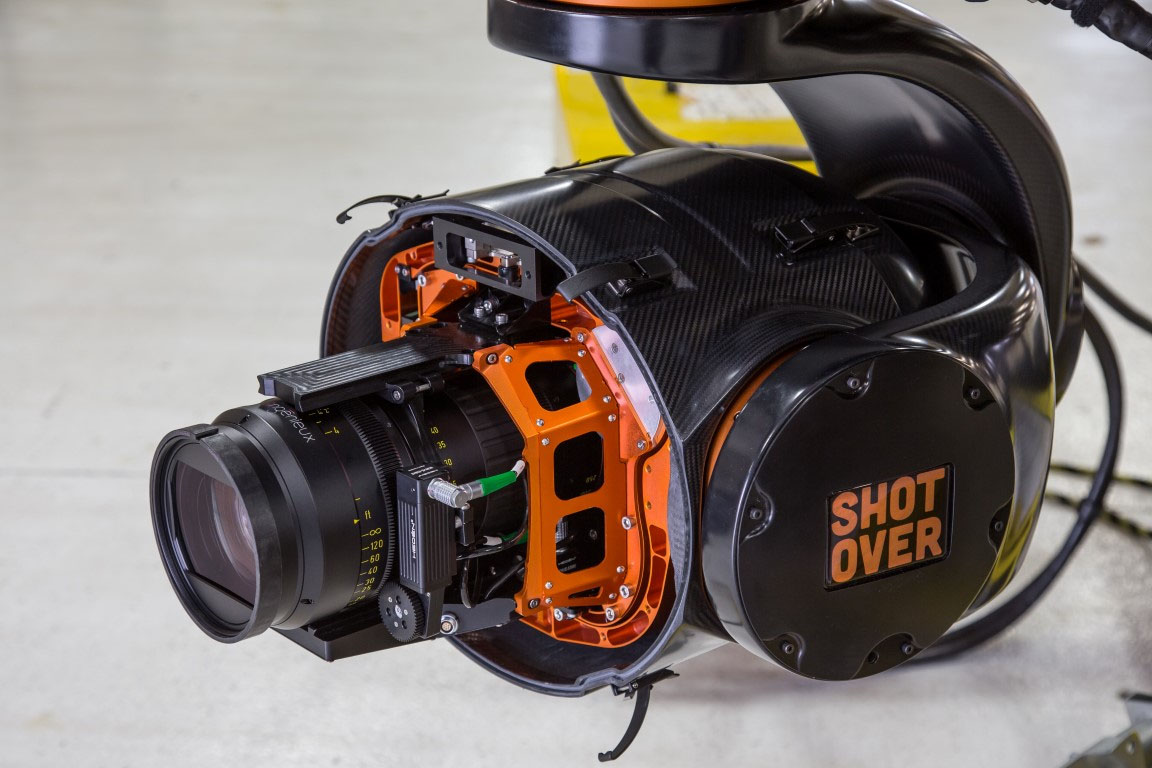 Can you talk about the various services you’ll be offering and the differences between some of the options.  Ie. Shooting 4K vs 6K, different mounts, stabilization systems etc.

November Yankee will offer a lot of different cameras including Red Dragon and the Alexa. For stabilization systems we have different options that start with the Tyler Mini Gyro and ends with the ShotOver which is the most advanced system available today. A rock solid 6 axis gyro stabilized system capable of shooting 6K with Angenieux Cinema zoom lenses. 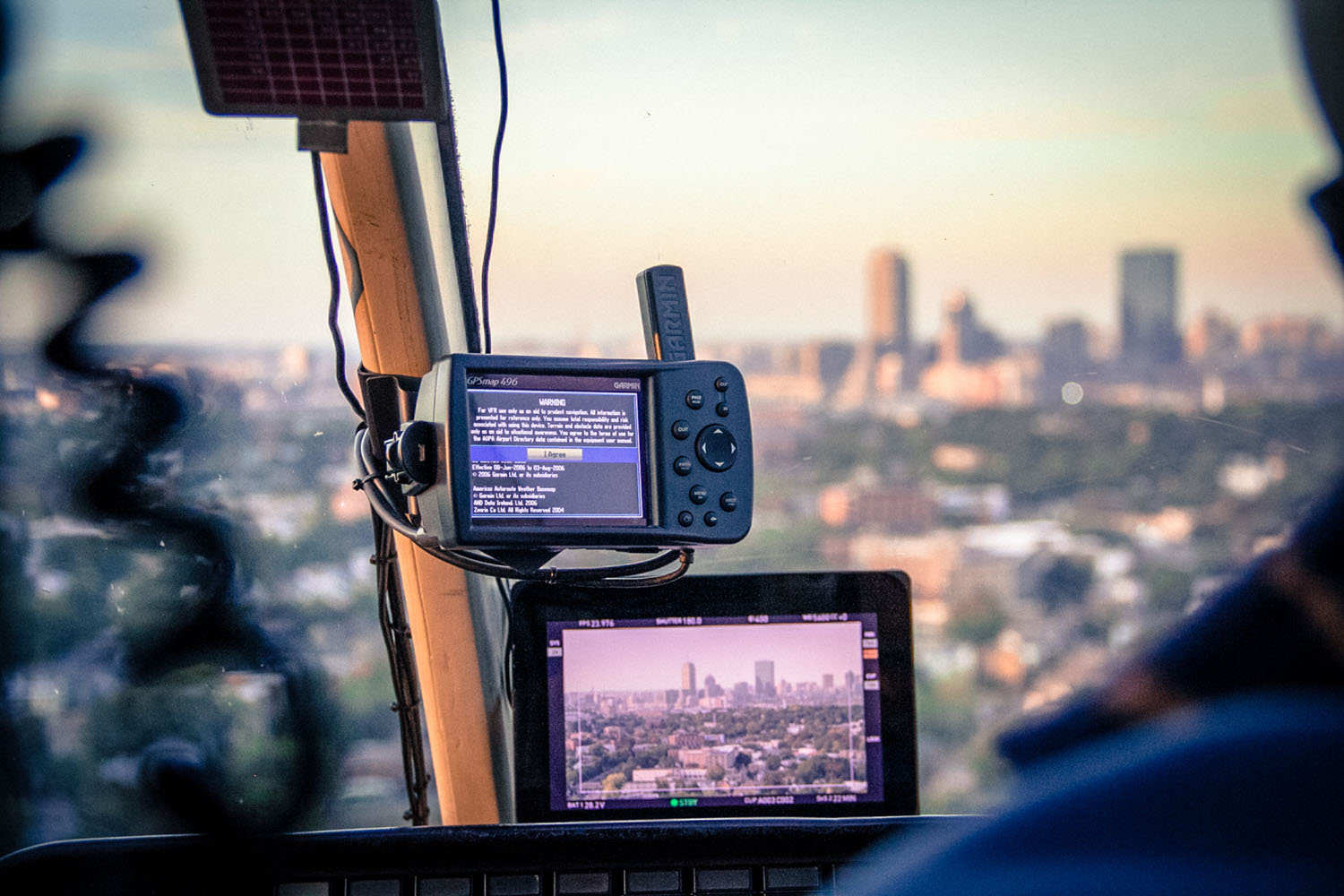 For someone who has never been involved with aerial shooting, can you walk us through the process of planning a shoot and what happens in the air?

Our first job is to ask questions and figure out what the client wants. 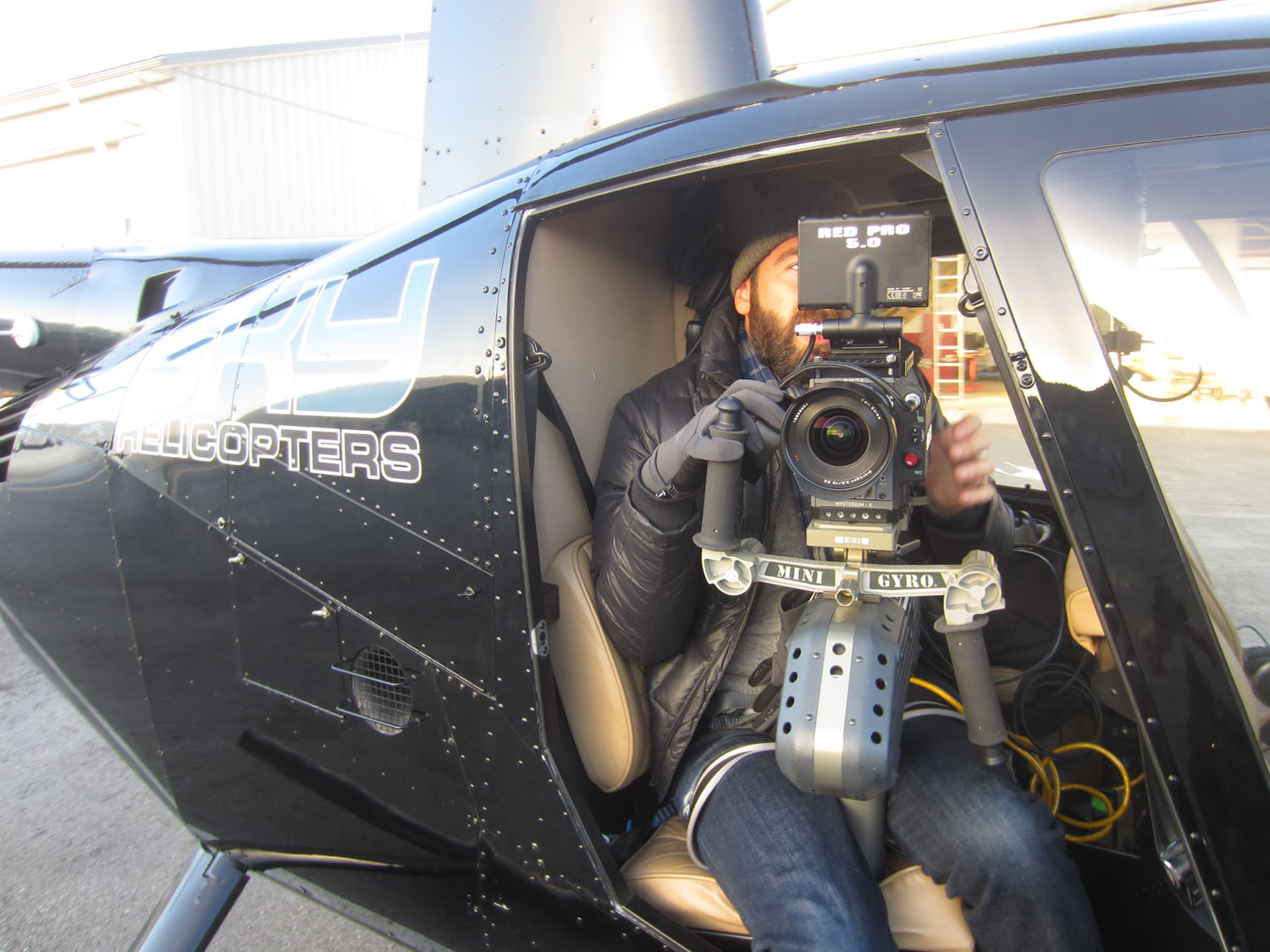 Do you plan to offer your services to other arch viz studios in NYC or is the relationship with an existing pilot and camera crew a tight one?

We are offering the service to anyone who appreciate our work. We will of course let other creative directors go up with our crew. Our team made of pilots and DPs is not always the same either. We couldn't function with only one team. Over the years, we developed tight relationship with pilots, camera technicians, stabilization experts, etc. The crew can be different but the helicopter is not going up unless we approve the crew and set up.

Piranha is involved in architecture visualization but we are not competitive in that way. I believe that our competitor do great work and we recognize that they are probably the same kind as us: nerds with artistic ambitions. 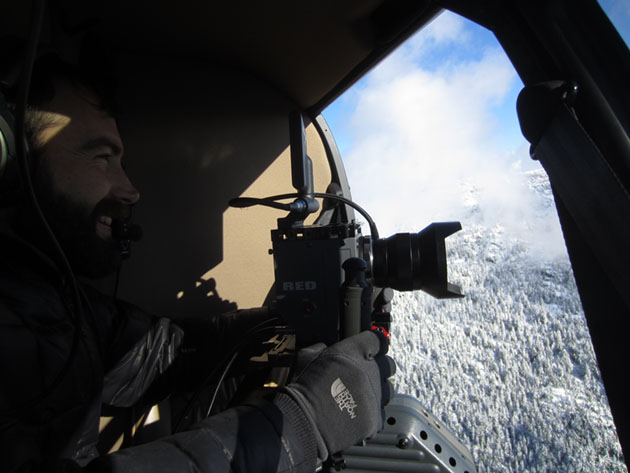 Tell us about the process of getting your helicopter pilot license. I’ve heard is a lot more expensive and more difficult than a normal small plane license. Can you fly anywhere in the world now?

It is hard for me to say if flying a plane is easier than a helicopter since I never took fixed wings lessons. Flying a helicopter is probably a little bit busier because you have to hold the controls at all times. A helicopter never flies itself like a plane. It takes 60 hours on average to get a private helicopter license and between 150 to 200 hours to get the commercial license. With an american pilot license (issued by the FAA) you can fly in many regions of the globe if the aircraft is registered in the US, tail number starting with an "N".

Is flying a helicopter while shooting difficult and does it require a different skill set than just flying well?

Flying a helicopter can be busy: you need both hands and both feet. If you find yourself in Manhattan, you are in a tight space between 3 international airports that are landing airliners every minute. You have to be quick and precise with your requests to the tower while watching for an average of 30 flying helicopters all talking on the same radio frequency. While all this is going on, the creative director has his own request, adding one more layer of information streaming into your noisy headset. This is why we have only excellent pilots with 3,000+ hours flying over Manhattan. They are in it days in and days out. 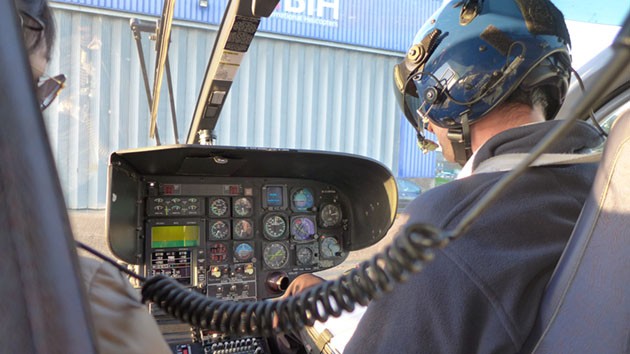 Do you guys have your own helicopter now or are you just renting as you need them?

November Yankee is partner with Helicopter Flight Service in New York, giving us access to the best helicopters in the New York area. Our helicopter operator partner run a very tidy shop and have a very good reputation in the industry.

I’ve heard nightmare stories about getting insurance and workers comp for employees flying in helicopters for shoots, has that been an issue for you guys?

It might be an issue if you try to put it together yourself and don't do it on a regular basis. Our equipment is insured and if you come with us you will have none of these issues. You come, we give you a video feed and we take you up. 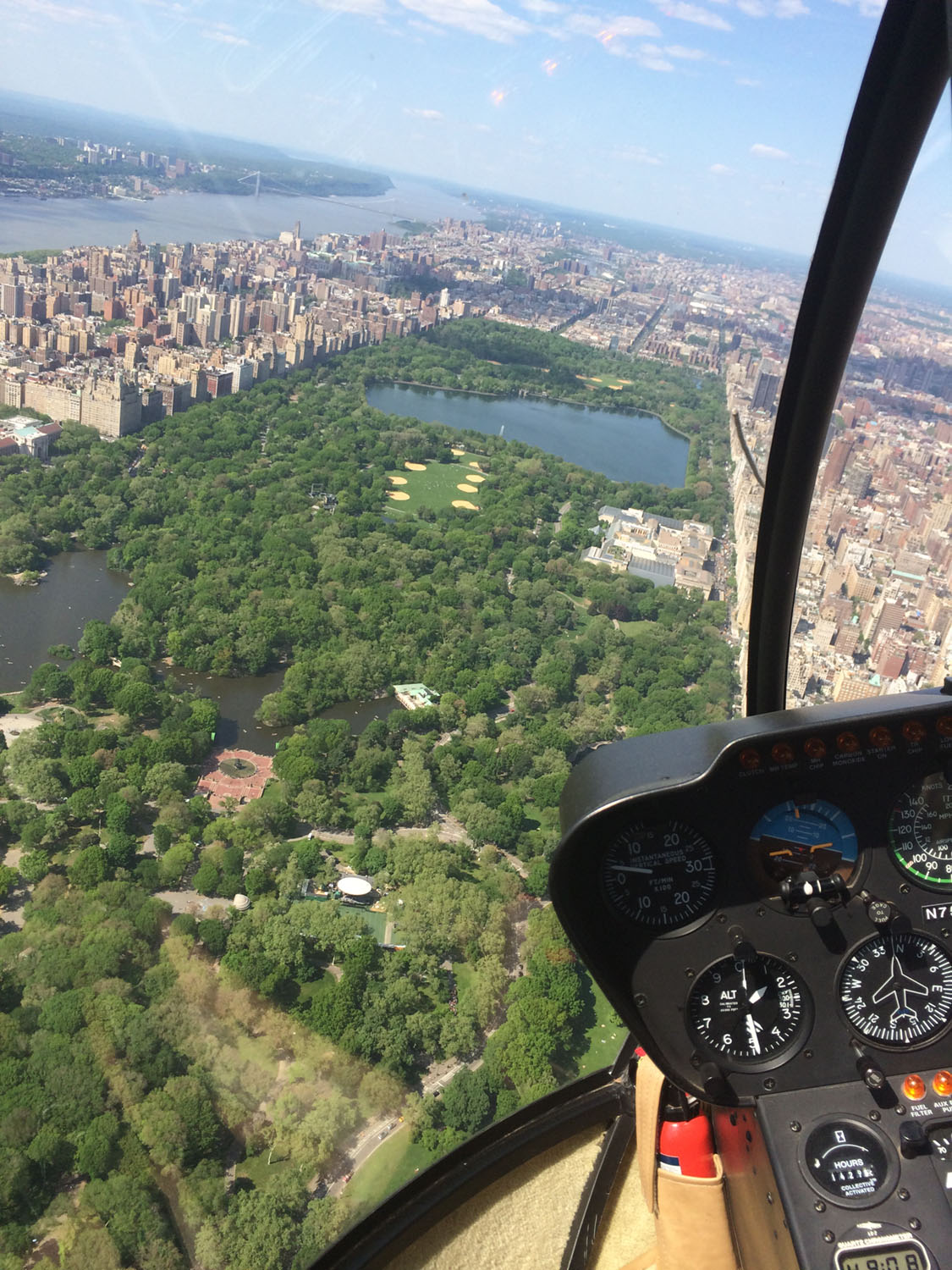 Any close calls or interesting stories from the air?

The american aviation regulations are a lot more permissive than the european regulations, especially in the private sector. That is a bliss for aviation enthusiasts but sometimes it can be surprising. There was never anything concerning during our aerial shoots but during flight training on small uncontrolled airports you can see planes flying through the airspace completely unannounced and non responding. Like a piece of space junk in the movie Gravity. They look like they are not moving until they pass you like a missile. Getting a helicopter license also request that you learn to fly the helicopter with the engine out. That is called an auto rotation. It makes a bad roller-coaster desirable the first time. 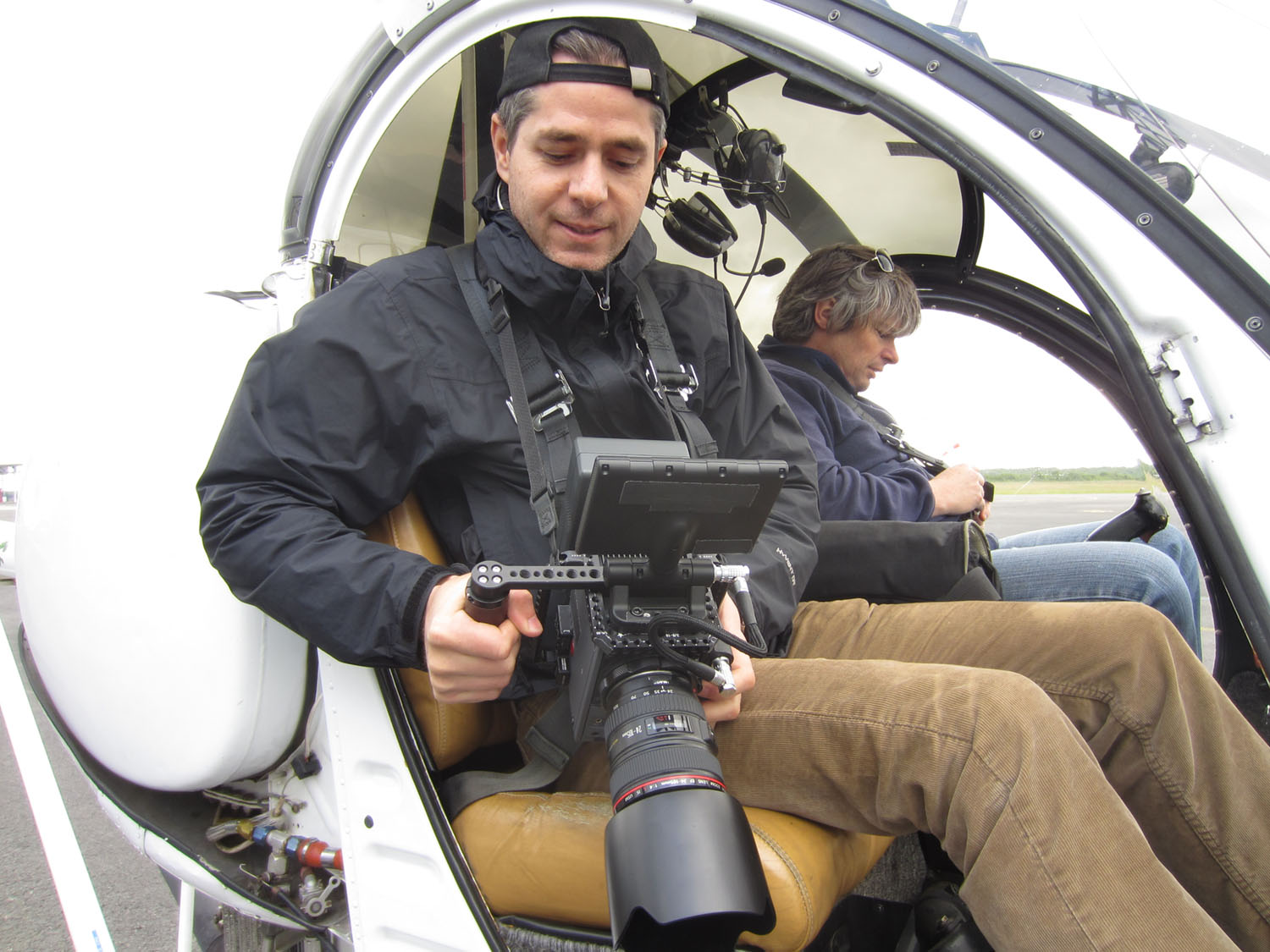 What upcoming shoots do you have in the pipeline?

We won't be able to discuss the future aerial shoots due to confidentiality agreements with our clients.
What’s on the horizon now or Piranha?

Piranha will turn 6 years old this year. We regret that some of the architecture project we worked on can't be released for some time. We are looking for diversity in the type of work we get and to collaborate with architects, developers and brands that we admire. 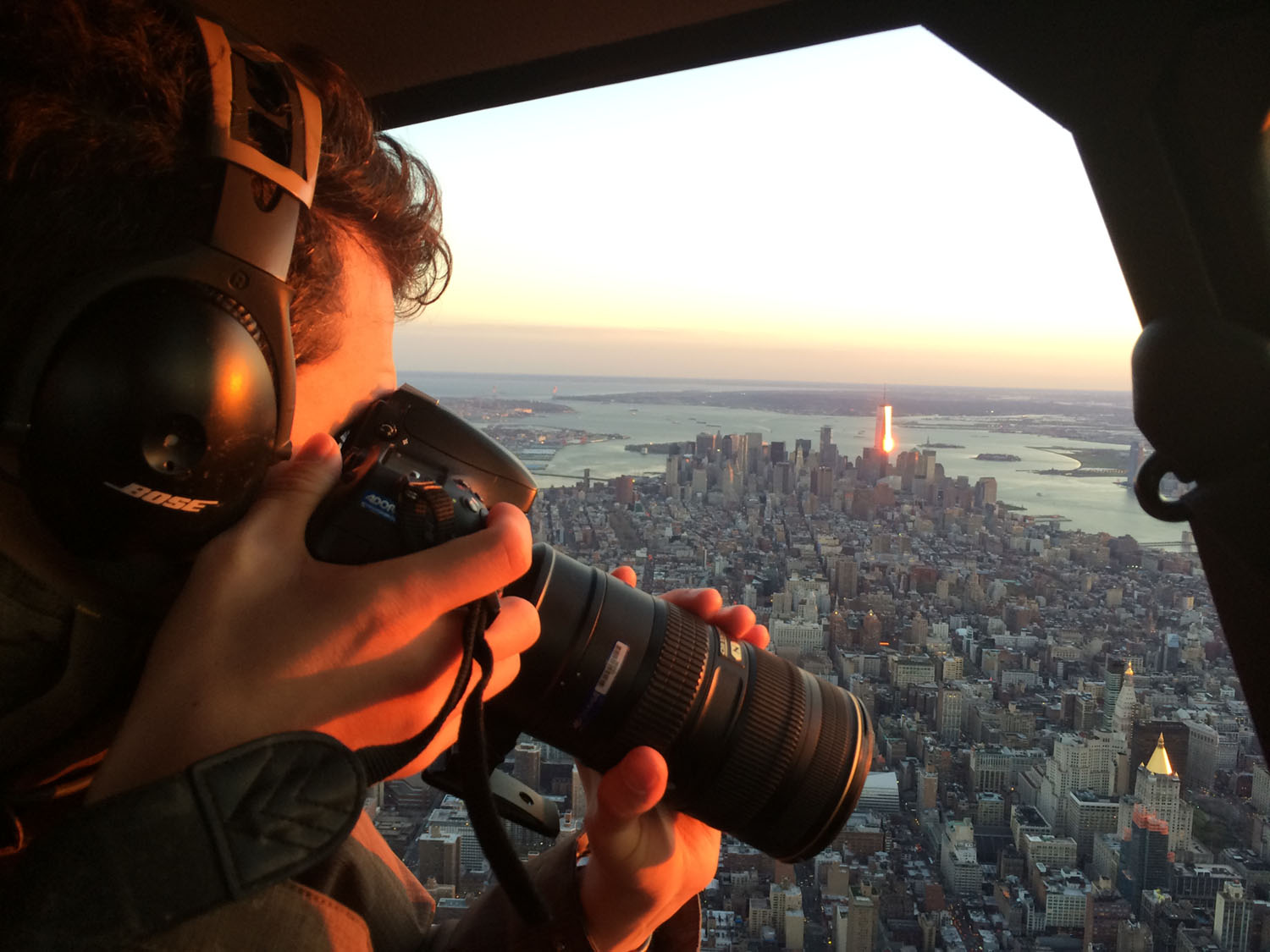 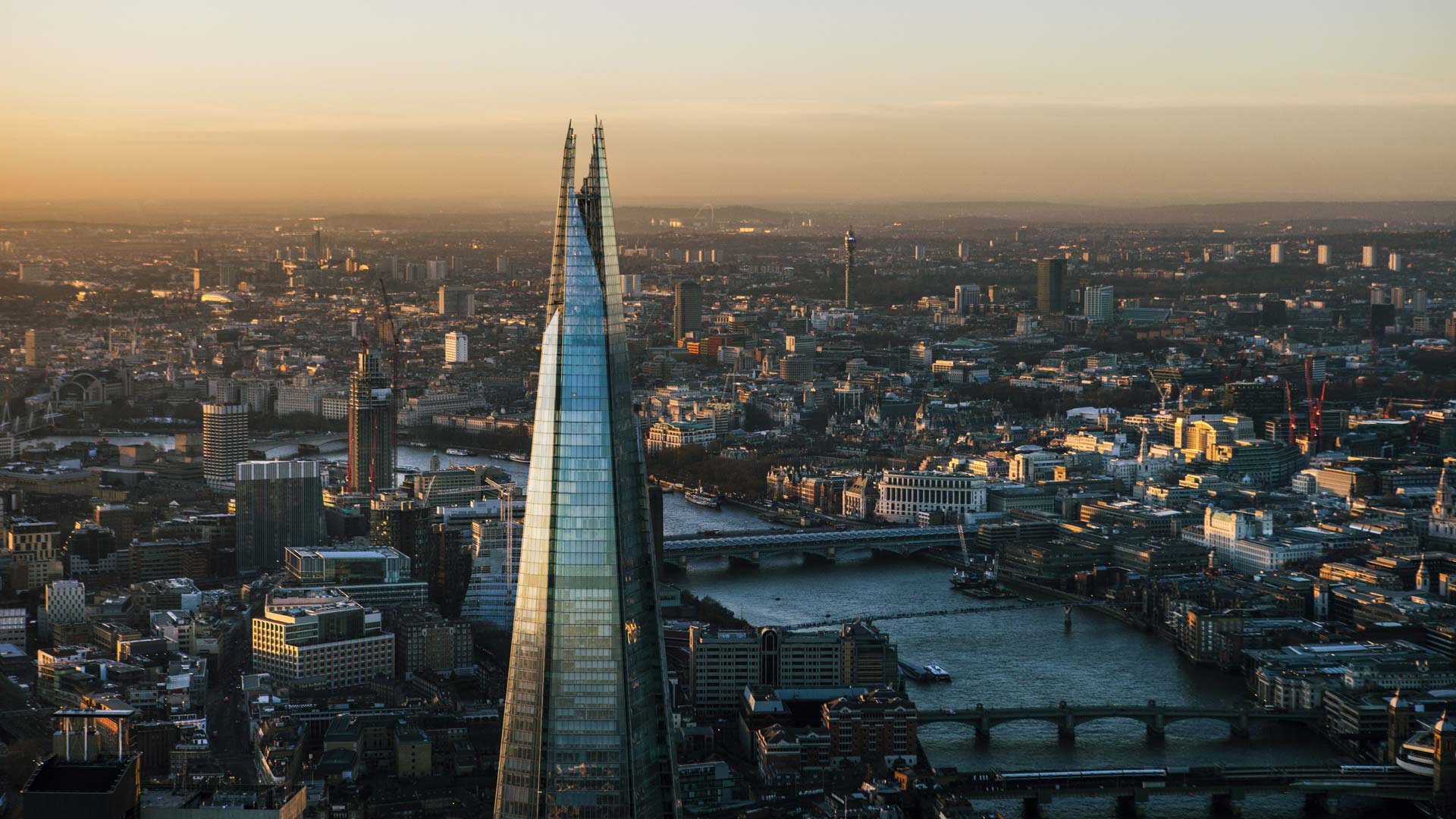 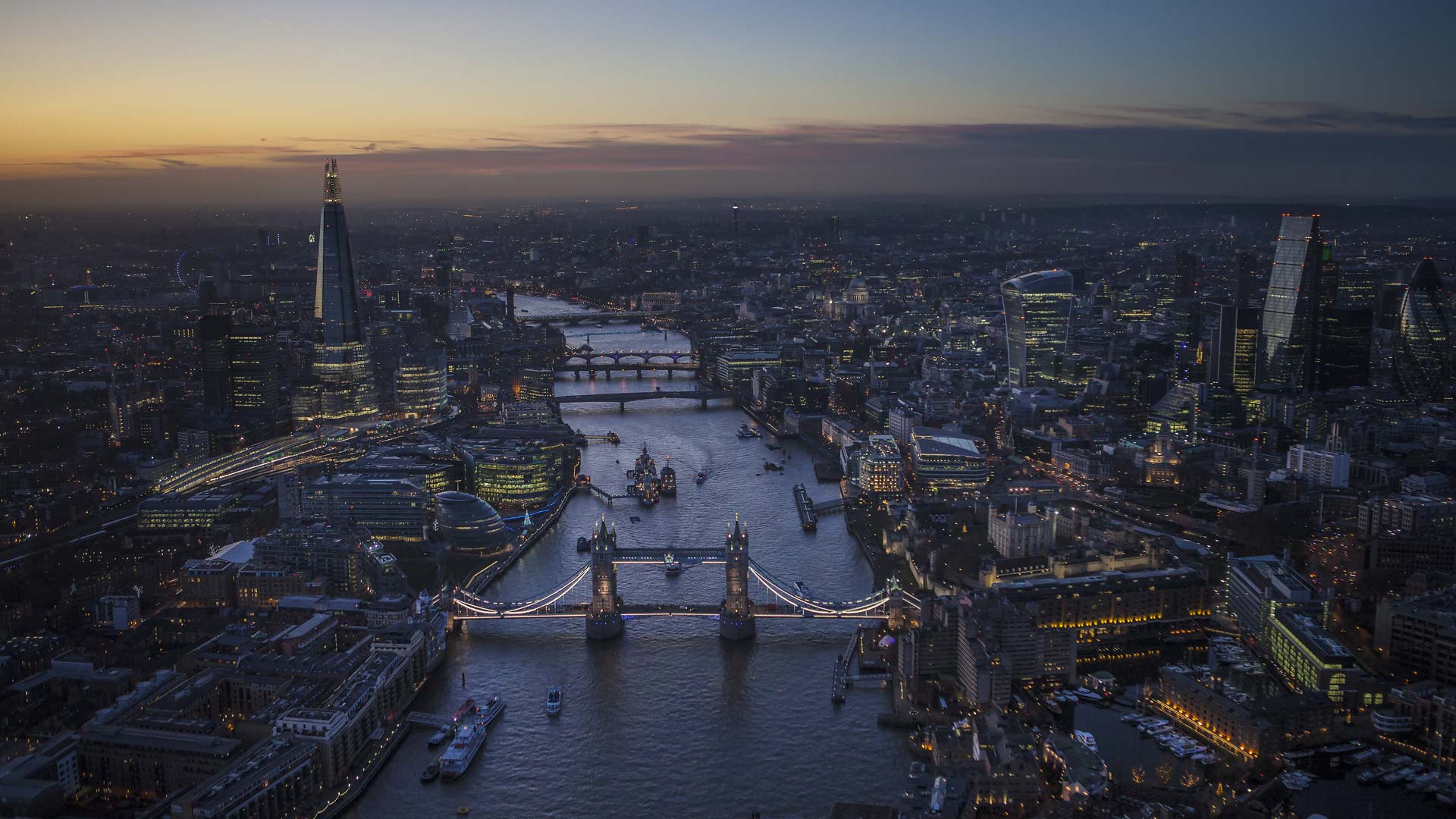 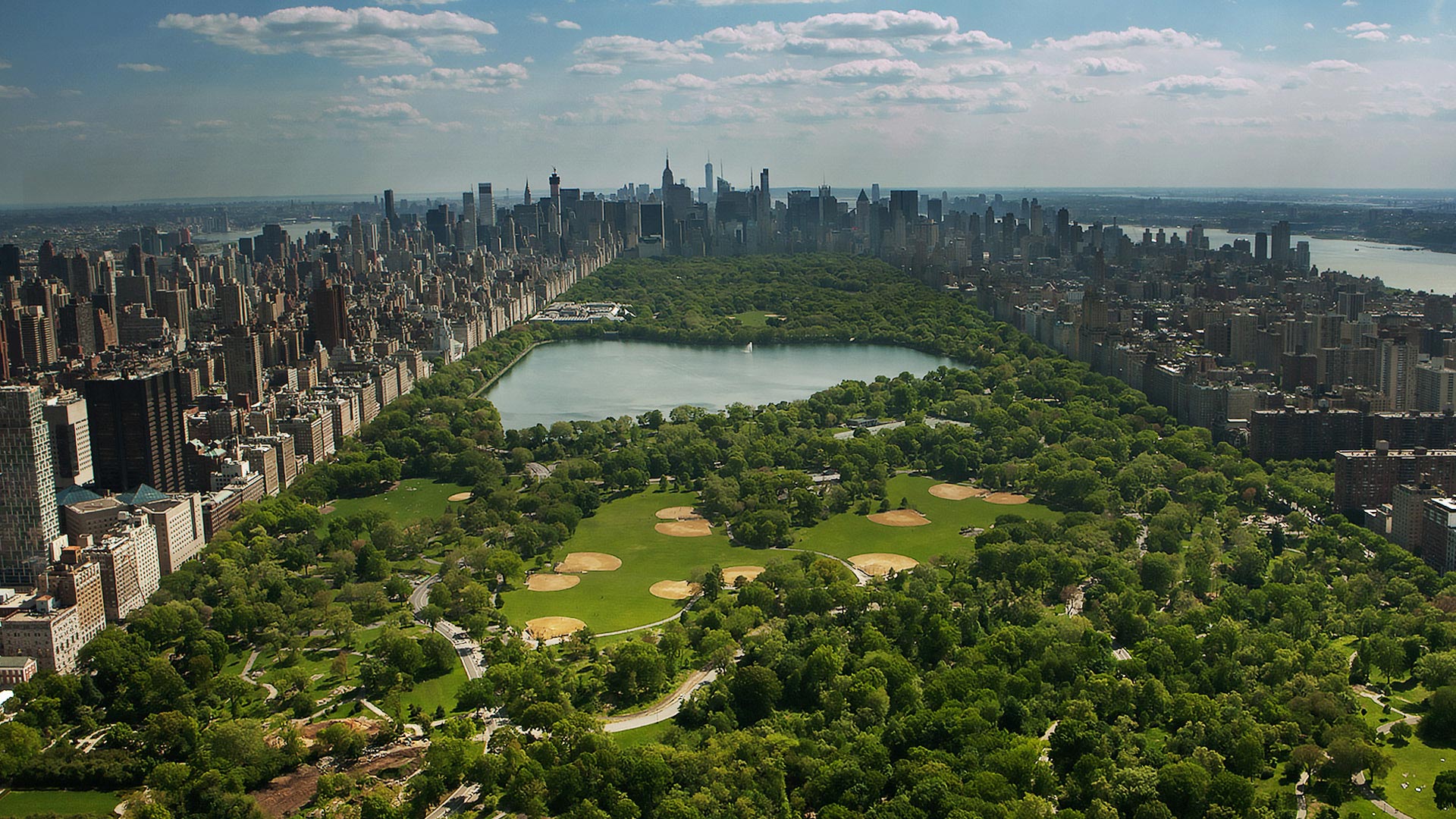