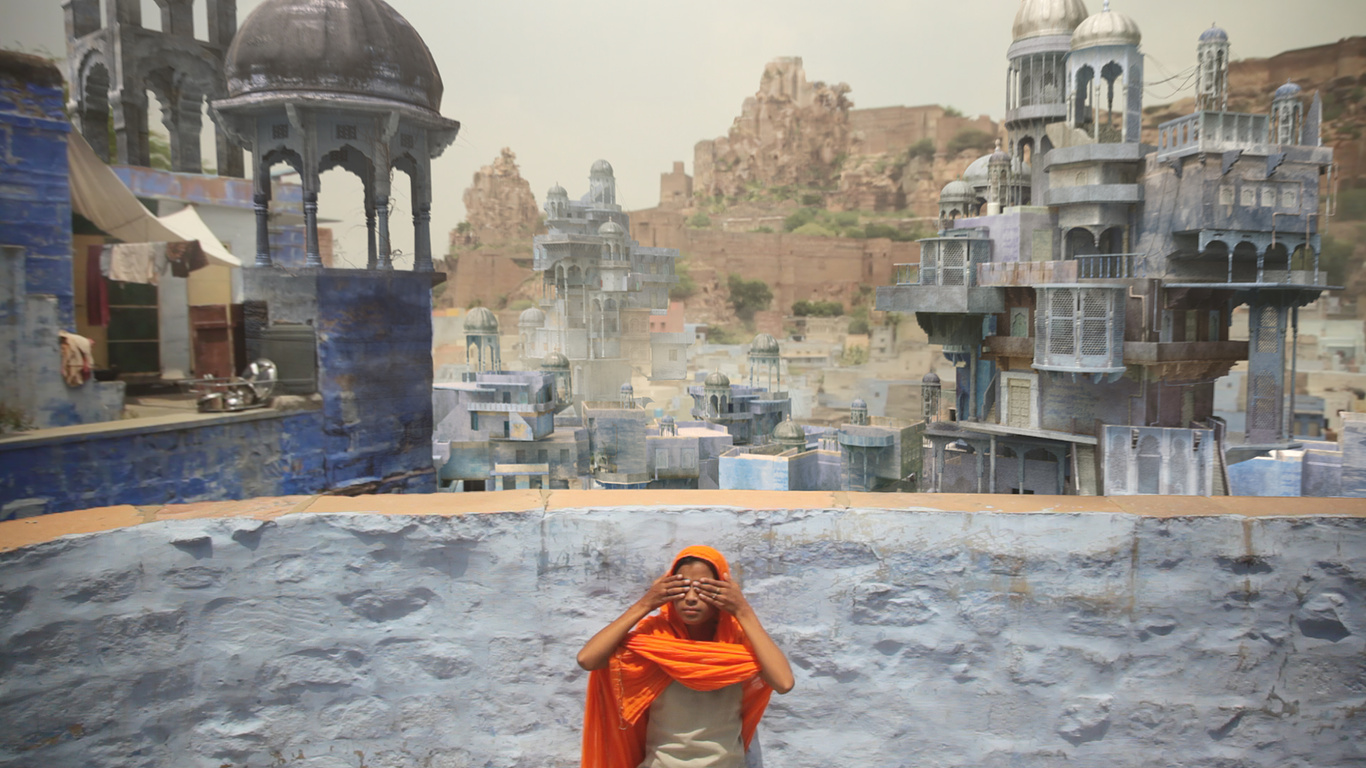 Chupan Chupai is a short film installation that combines environment design and cinema in an exhibition format. The project was developed for the 'Future Perfect' exhibition as part of the 2013 Architecture Triennale in Lisbon, Portugal and was presented by DAZED as part of the Visionaries series.
http://www.dazeddigital.com/artsandculture/article/17980/1/factory-fifteens-futureworlds-dazed-visionaries

SYNOPSIS
In a near future heavily influenced by the imminent boom of the Indian subcontinent, an emerging technology and economic superpower a new digital city has developed. The film follows a group of young children as they play a game of hide and seek (Chupan Chupai) in the bustling streets of this smart city. Through their play the children discover how to hack the city, opening up a cavernous network of hidden and forgotten spaces, behind the scenes of everyday streets.

The narrative of piece focuses on how the children interact with their built environment, we explore the smart city through the device of the classic children's game. The design of the future city fuses technology and built matter as one programmable environment. Using gestures and signs as a language, the project takes the concept of gesture based control to the level where we can interact and control all elements of the built environment, creating a symbiosis between technology and the city. The film splits the physical architecture of the city into two categories; the synthesised lived in city, and its organic wild undergrowth.

The project was shot on location in India and uses a mixture of animation and visual effects to embellish the design of the city and locations that are pictured. 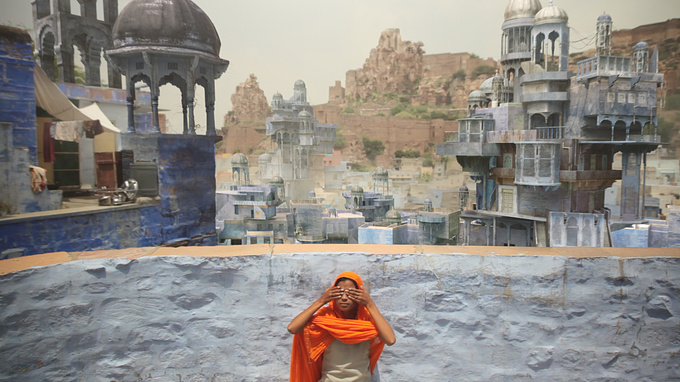