This is a great project!
The initial task was to create a concept for an office building built using Mass Timber technology. Then another task was added - to create a store design on the first floor.
First, I studied examples of already built buildings, studied assembly technology and possible options. After that, I examined the location of this building. The building will be under construction in Iowa City and is now occupied by a small building that houses the Vice Vintage Luxury Store.
I made several sketches on paper using examples of buildings that the customer liked, the decision was made quickly enough!
Then the paper sketches were transferred to the architectural program, where the building was created using the information obtained about the technology.
The project took 77 hours and included the creation of the BIM model, environment and design of the store on the ground floor. Changes were also made during the project.
It was a very interesting project that gave everyone only positive emotions. The client was satisfied with the work done and is ready to continue cooperation in new projects.

Hope you enjoy it =) 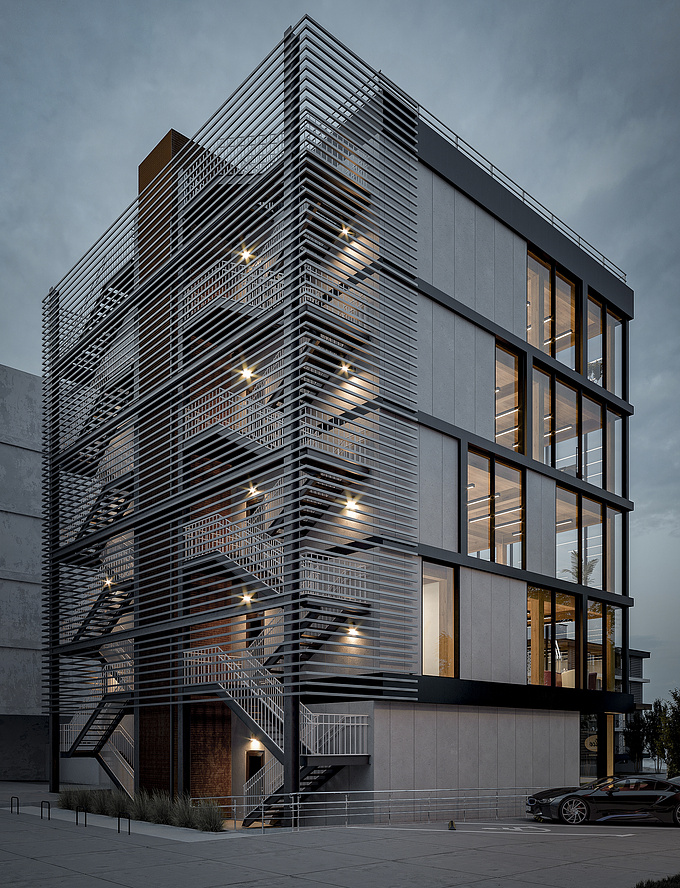