CGA: You’ve been at this a while now, can you give us a picture of where you came from and what Hyperfocal Design does?

Jay: I started out in computer games development here in Australia and left a great company called Ratbag about 12 years ago to form Hyperfocal Design with a work colleague. Back then, pre made art assets were typically woeful quality and you’d end up spending more time fixing them than just using them out of the box. This is part of what led me to form Hyperfocal, which now specialises in HDRI sky domes. I feel like games gave me a great background, as it gives you the mindset that an art asset has to work in any situation, from any angle, so if there’s a problem you’ll see it! So Hyperfocal’s images are always clear of background elements and any other objects so you can use them on a flat plain or the ocean if you need to. 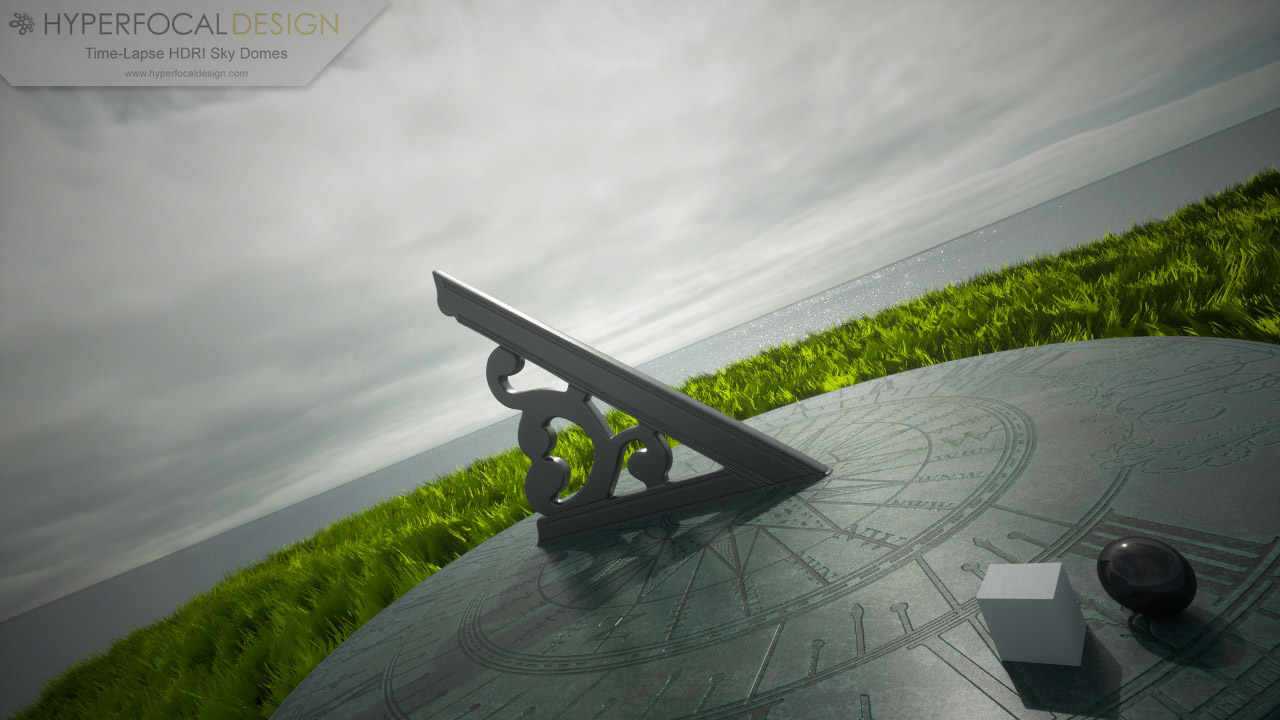 CGA: Can you give us an overview of your latest product and why you’ve chosen to do it?

Jay: These new HDR skies are basically the only time-lapse, HDRI sky domes that have been created since Paul Debevec did “Direct HDRI Capture of the Sun and Sky” and the Parthenon animation 10 or so years ago. When I saw Paul’s project I was blown away, and really wanted to replicate it. Back then I was just starting out developing LDR sky domes, DSLRs were out of my price range, and all the technical stuff that went with it kind of killed that idea. Even with the Canon 1DS back then, the resolution from a single frame wasn’t really high enough, and shooting speeds were slow (to transfer onto a laptop). Having said that, the Parthenon animation Paul did with those time-lapse sky domes was amazing!

So anyway, just recently the D800 came out, and so now single frames can be shot (and de-fished) to 9500X2375 pixels, which is pretty usable, especially as moving footage. Also a lot of software has improved in 10 years to the point where I could use off the shelf solutions to get the job done. With some help I created a custom battery to power the camera for 4+ hours (and did some 15 hour ones) and I’ve just finished up 5 timelapses that run from a full day down to just a few hours of an afternoon for some slower moving clouds. There’s also one that goes from the afternoon through to a moonlit night.

CGA: What does the hardware and software workflow look like?

Jay: Fairly complex! I mentioned that the tech and software has only just reached levels that I thought allowed photographers to capture these, but only just. I constantly felt like if only I could get  one more stop of light, a slightly faster shutter speed, a slightly darker ND filter, etc and it would have all been much easier.

For the hardware I settled on the Promote Control intervalometer to control the Nikon D800E’s shutter, a Sigma 8mm fisheye with a ND filter to accurately capture the sun, a big heavy old Gitzo tripod and a custom battery. 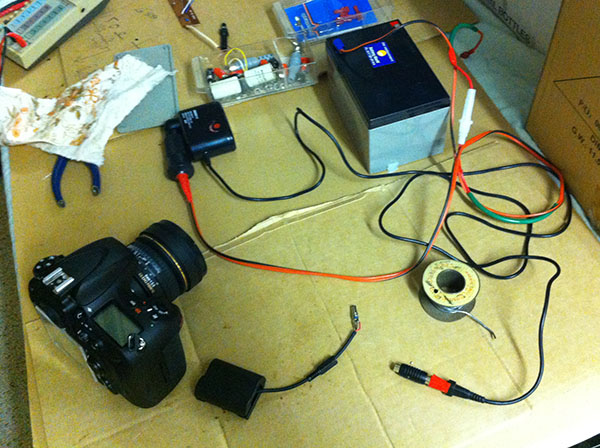 The list of software used was long and included, in order:

4. Nuke merge to HDR and export

CGA: What are you seeing as the main uses for these time-lapses?

Jay: I’d love to see someone make something for the Discovery Channel along the lines of Paul’s Parthenon. I’m talking to an artist, Reino Zuppur, who did a really cool Great Wall of China render (below), hopefully that will fulfill my desire to be part of a history style time-lapse animation! I think they really suit that kind of subject matter - epic, old ruins and dramatic shots. 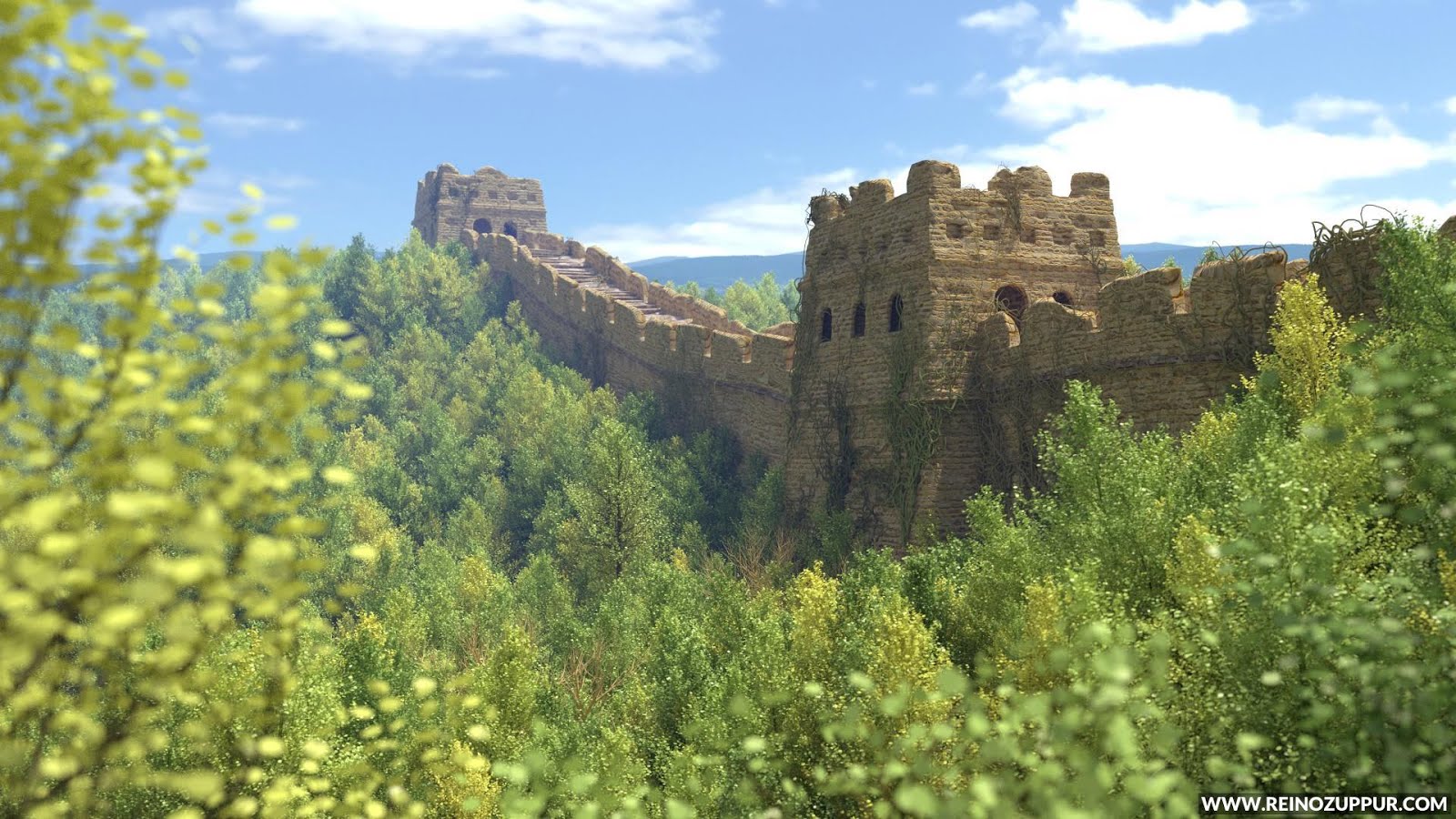 Generally I’d say the more dramatic the subject matter, the faster you want the time-lapse to move. If you want a nice relaxing shot then you’d choose one of the slower ones or do some frame blending.

These also have the benefit of covering a long and varied series of lighting conditions throughout the day, so that in architectural visualisation for example, you can show off a building site at different times to get an idea of how it looks in different light levels, colours and shadow. You can also see how it looks as interior lights switch on at night.

Finally they give artists a bit more freedom of choice if they’re looking for a single HDRI frame. You can watch the footage and pick a frame that’s got just the right amount of cloud cover, time of day, shadow length/sharpness, etc.

CGA: You did a case study a while back with ArchAngel Visual, what can you tell us about that?

Jay: It features Wimberley House from Cunningham Architects, modeled by Josh Bowel, the scene is by Tim Back at ArchAngel Visual. That animation featured one of the first time-lapses of a sunset that I shot, the sun was clipped very slightly but I’ve had a lot of requests for it so I’m including it in the first 5 skies I release.

Tim used V-Ray and SpeedTree, and the whole scene is lit 100% by the HDRI Time-lapse. He’s now working on another animation that I’m really keen to see, along with a tutorial for how to use the time-lapses in 3ds Max/VRay.

CGA: What was the most difficult aspect of the whole project?

Jay: I was initially quite confident as my first shots came out well, but I was getting used to a new camera system, all sorts of new hardware, new software, and somewhere along the way I got a bit OCD on perfecting everything. I went too far down the color correction rabbit hole, and decided to try and use a linear workflow with Nuke, which I’d never touched. Factor in a bunch of nature’s challenges and it took me far longer than I thought.

The hardest thing was probably just camping out for over a day (for repeated attempts) in my car to capture a day length sky. A few of them were ruined by either rain, wind or salt on the lens, stuff like that. Its hard on the sanity to waste 15 hours over and over again!

I also wrestled with the HDRIs gamma levels - a lot of software out there isn’t all that transparent with what’s happening to your images during the whole process, and are often just made for tone-mapping photos. Early on I began talking to Mr X’s CG supervisor, Lorne Kwechansky who helped me out a ton and put me onto Nuke, which is just amazing to work with, so eventually I made that switch after exhausting many other options.

Now I’m super happy with the gamma, the colour is quite good, and overall I’m very pleased with how they’ve turned out!

CGA: You’ve been talking a bit lately about high vs medium dynamic range, what’s the problem with “MDRs”?

Jay: It’s a tricky subject because you can technically save a jpg as .EXR and call it HDRI, or you can shoot a HDR, but it may still fall short if you didn’t take more than a few brackets, or if you didn’t capture the whole range.

Here’s a side-by-side from that recent HDR vs MDR article:

If you don’t get the whole range then your sun isn’t bright enough and you need to use a virtual sun, otherwise you’ll have a colour cast and blurry shadows. I would say this is currently probably the most common workflow with HDRI, they’re used more for ambient lighting, and its not bad because you can control the main light source. With an accurately captured HDRI however you get more of a 1-step lighting solution, with the option to clamp the sun and add your own if you’d like more control. This is how I’ve shot the time-lapse HDRI skies, and I feel like its another step above in quality in my work.

I suppose I also just have a ‘thing’ for capturing the skies exactly as they are, I like the fact that IBL renders that use them are using the actual sun/sky conditions rather than an approximated virtual sun as happens with “MDR” skies.

CGA: How can people find out more, when will it be out?

Jay: You can see the trailer, some test case animations and learn all about the time-lapses here: http://www.hyperfocaldesign.com/hdr-footage/time-lapse-hdri-sky-domes

Tim Back at ArchAngel Visual put together a tutorial for V-Ray users too: http://www.hyperfocaldesign.com/tutorials/time-lapse-hdri-skies-in-vray-3