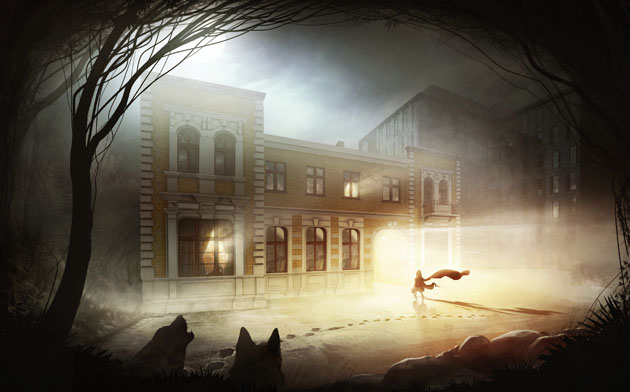 This is the inaugural article from a new “Making of” series. I would like to start with a brief, but high-colored compilation, which was made in cooperation with RWSL company. I was asked to create a series of visualizations to showcase the revitalization of tenement houses in Lodz. The task was highly interesting, as we could use an  atypical strategy for imagining old buildings in a new quality and new character. I was aiming not only to present a new architectural style, but I was also focused on creating an interesting and daring scenic composition.  I came up with an atomic bomb’s explosion and color along with its mood. Finally I borrwed the fairy tale about Little Red Riding Hood and a bloodthirsty wolf to tell the story.

Despite the visual and meritorical values, that were challenging to use with a new approach and techniques, I only had poor quality photos of the tenement houses and two dimensional technical drawings. My work looked like a precise digital painting with use of a tablet. I did not use any 3D software or techniques.

Below, I have the pleasure to present a sequence of base photos, conceptual sketches and a the end product.  I have also prepared a video which shows how I achieved the final visualization. 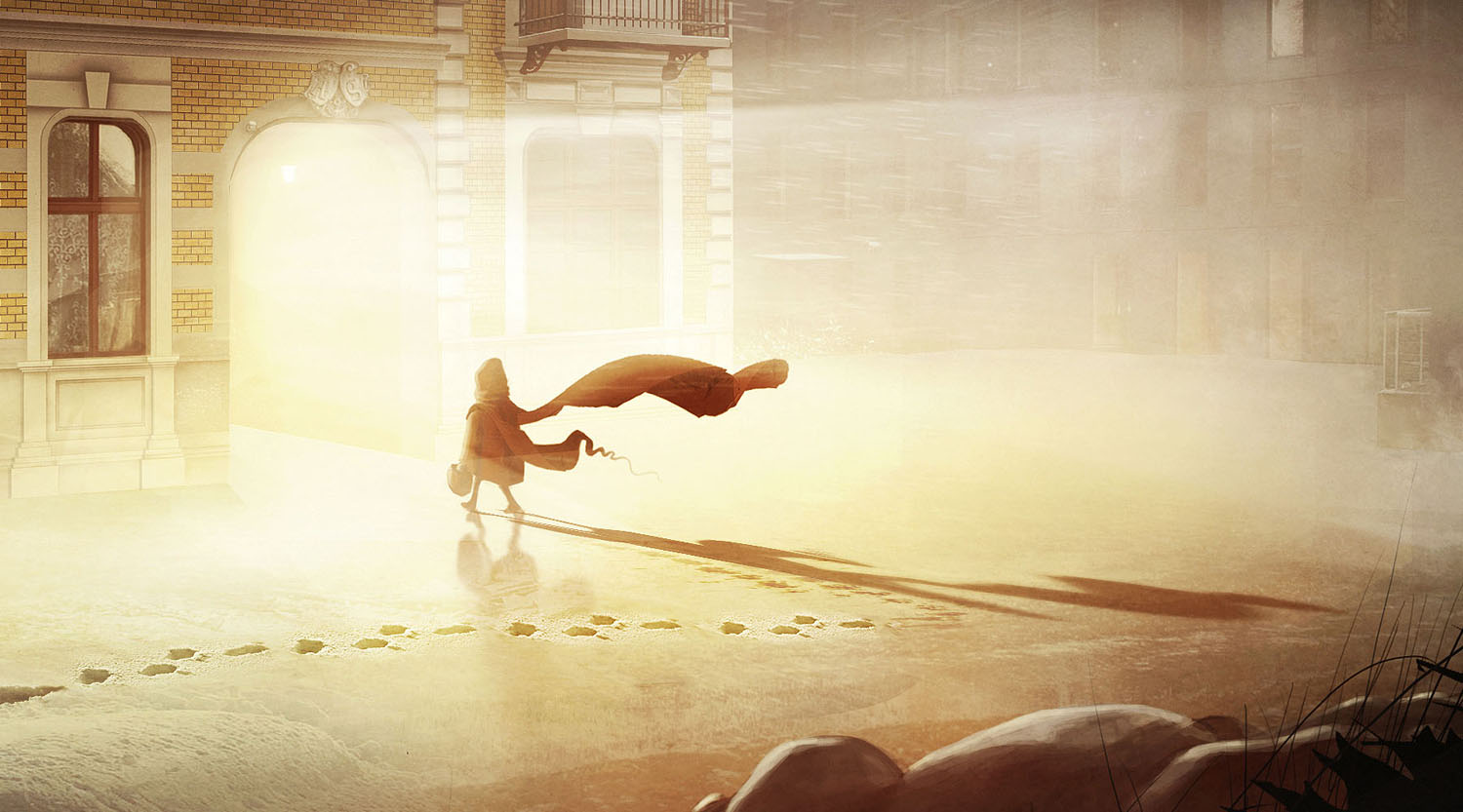 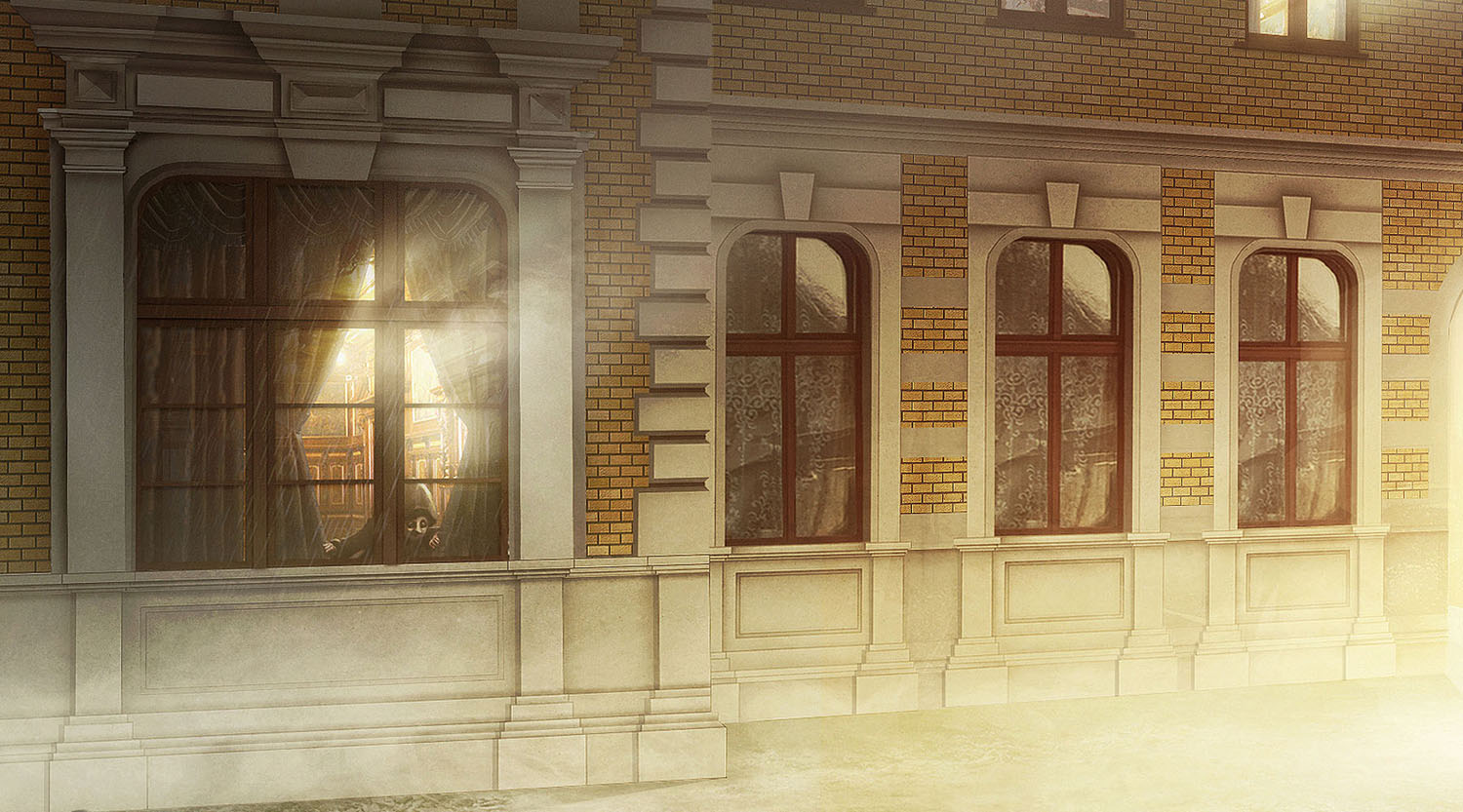 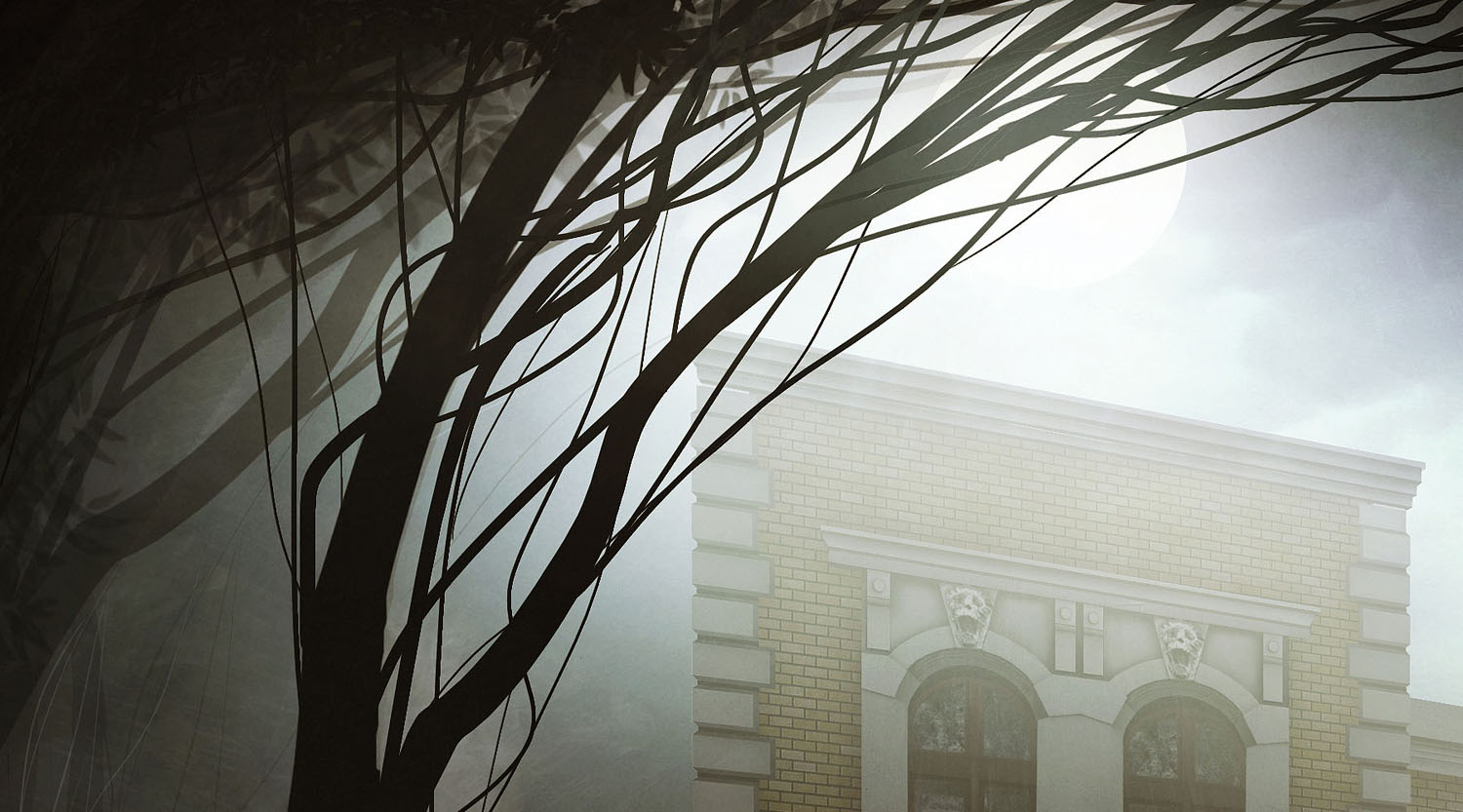 Born in 1984 Rafal Graduated from the Krakow Polytechnic in Architecture and Urban Planning (accredited by the Royal Institute of British Architects). In 1999-2009 as a member of 3-person independent film making studio, he created over 30 short films, widely presented and awarded in many national and international film festivals.

In 2008-2009 he worked with the IZM7, a team of seven young architects who considered architectural and urban design as an interdisciplinary culture. In the main competition of the International Triennale of Architecture entitled "The Dimension of Architecture", which had the aim of the location within the expanse of Cracow 50 high-rise buildings, he won 3rd prize.

His experience in architecture was gained in London and Krakow.

In 2009 he founded UNIQUE VISION STUDIO .Rafał Barnaś  is interested in various creative fields connected with visual arts: architecture, digital and concept-art, animation, film, music, journalism. Undertaking creative projects that are accomplished on the basis of independently developed creative approach in which the main workload is focused around the idea, concept, thought and high aestheticism.

In 2012 he was nominated in the Architectural 3D Awards in the category of the best architectural image 2011-2012.

Alex Gorilluy
almost 8 years
Report Abuse
Nicely done) smart dude!
G
Grischa Fischer
almost 9 years
Report Abuse
Hi Rafal, amazing work! I actally like the fact that everything was doe in photoshop ;-) Could you tell a little bit more about how you repainted the facade? Like how did you manage to get it so clean and 3dimensional? That would be really helpful! Thanks

Dont get me wrong, when i Said &quot;Good Work&quot; I realy mean it, im not saying that your visualization it is a bad concept and the point is not of what is architecture, i'm questioning about what is a real arquitectonic render and what is not, CGarchitect should have some guidelines about that...

I really don't get you wrong. Thanks for kind words, but there is still the same conclusion of your reasoning - correctness ( or not ) of architectural visualization. So I would like to ask about the guidelines which make visualization a real one. I'am asking because I really do not have such guidelines in my work. Would be nice to get to know something about yours. Thanks. Cheers!

Nestor Sagastume
about 9 years
Report Abuse
Dont get me wrong, when i Said &quot;Good Work&quot; I realy mean it, im not saying that your visualization it is a bad concept and the point is not of what is architecture, i'm questioning about what is a real arquitectonic render and what is not, CGarchitect should have some guidelines about that...

So what is your definition of architecture? This image is a one of series pictures done for RWSL and their revitalizations of tenement houses in Lodz. What I can say is that idea of that style has been successful and it works as it should. Regards,
t
tom bowness
about 9 years
Report Abuse
Nestor, the principals are the same...the majority of architectural visuals are a rendering (photo realistic) then just &quot;shopped&quot;

Nic H
about 9 years
Report Abuse
shame its not animated

The Making of Little Red Riding Hood. The first of a series from Rafal Barnas