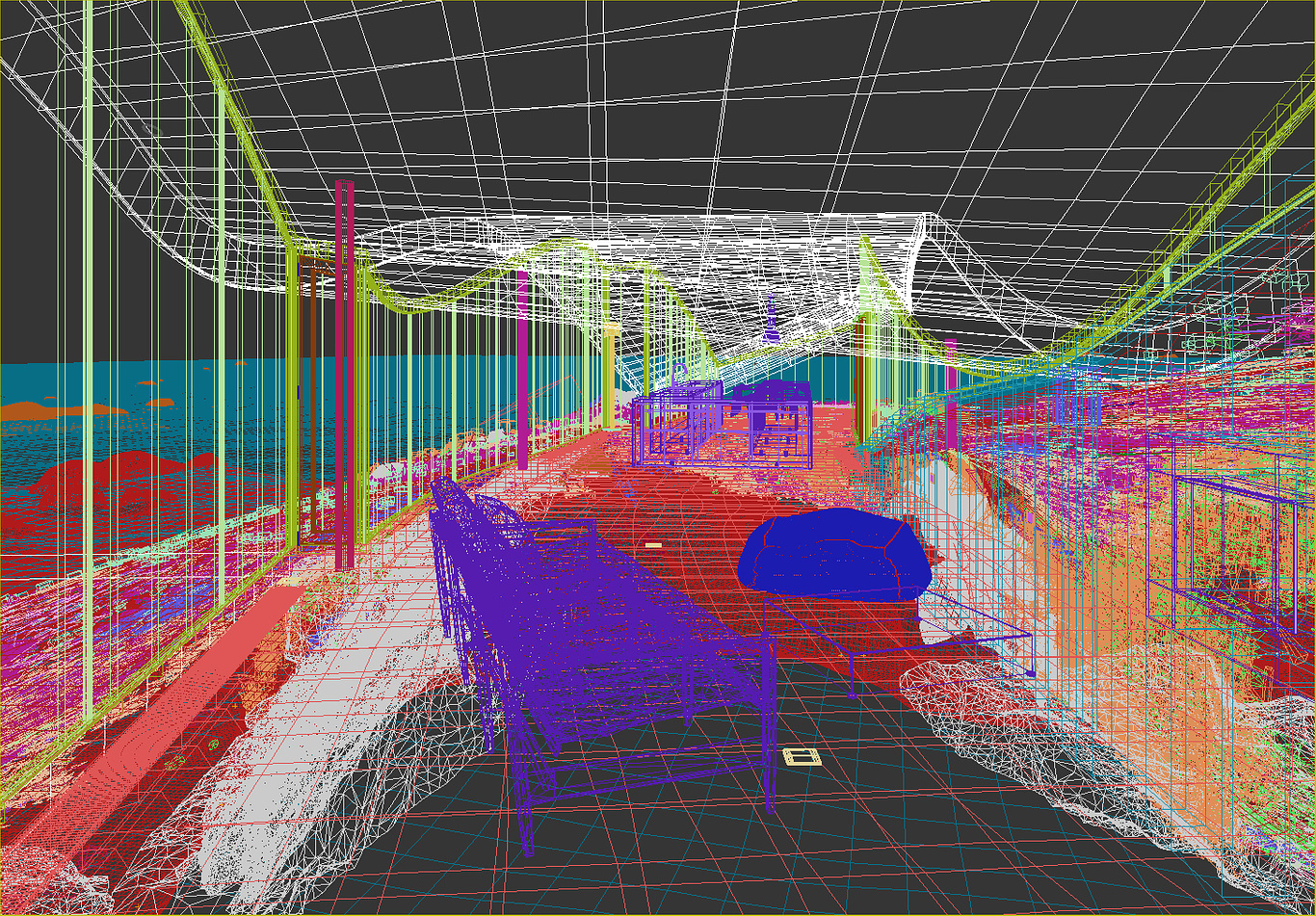 The main purpose of the final master's project was to go through all the stages involved in developing architectural visualizations by replicating real photographs of a built architectural project.

In my case, I chose a house designed by the japanese architect Ryūe Nishizawa located on the Chilean coast.
As an architect by training, I had already been attracted to this project in the past. It is striking for its particular spatial conception of a home as a single linear and continuous space that protects its different uses under an undulating concrete roof that is materially heavy but which in landscape terms conveys lightness thanks to its geometry and its subtle implantation in the territory. Similarly, the almost mimetic relationship proposed between the architecture and the abrupt and imposing environment of the Chilean coast is extraordinary.

In terms of modelling and rendering, I was particularly interested in the challenge and complexity posed by the project in many aspects, from the undulating architectural geometries to the great diversity of materials and vegetation present on the Chilean coast, as well as the marked rocky and sandy relief that ends up submerged under the Pacific Ocean.

Finally, I would like to make a special mention to 24Studio learning school and to my mentors Jesús Manuel Jiménez and Jorge Bermejo Pascual.