19XX, a scientist, Doctor Nagano discovers in his laboratory in Osaka the "Saisei" (再生). A molecule that can regenerate cells and thus give eternal life to whoever consumes it. Knowing the importance of his discovery, he made an announcement to the Japanese Academy of Sciences (ASJ) which saw in this molecule the dangerousness of such a discovery. Thanks to an alliance with the army, the ASJ created a secret organization (Saisei Secret) in order to eliminate all traces of the research of Doctor Nagano in agreement with the scientist. After many failures in trying to destroy the (Test) tablets of 再生, it was decided to seal them in a mausoleum. Taking advantage of a nuclear disaster, a team of scientists begins construction of the mausoleum on an abandoned island off the coast of Sendai in Japan. Recent research had found important properties of resistance to heat and radioactivity of alabaster, which makes it an ideal material for the realization of the structure. The construction of the building lasted only 3 days with the help of military equipment.
stars
The night before the mausoleum was completed, Doctor Nagano hallucinated, attempted to collect the remains of his labor before the mausoleum would forever seal these pills. However, at 3:11 a.m., Doctor Nagano was shot dead by another scientist, who was a soldier hired to watch over the Doctor.
It took a year after the end of this event to see the Ikarugas (large beak in Japanese) emerged. These simple-looking structures are the conclusion of research by several researchers. Indeed, these "doors" are composed of a secret alloy. Connected to each other, they create a zone (no man's land) which contains radioactivity and concentrates extreme heat, but stopping the radioactivity outside this zone. The two cumulative effects make it possible to make the island inaccessible but also non-photographic, nor analyzable. The organization erected 3 gates (the Tanhäuser Gate to the west, the Ishtar Gate to the south and the Snow Gate to the north) thus creating the Ikarugas triangle and in the center of this triangle is the mausoleum of alabaster.
stars
150 years later, no one knows why these monoliths were erected, but due to the heat emitted by the Ikarugas, the Tanhäuser gate is the favorite fishing spot of the inhabitants of the region. These warm and calm waters attract many rare fish.
Romain B.
You must be logged in to post a comment. Login here.
close

A story mixing fiction and architectural illustrations.
Photoshop and Lightwave 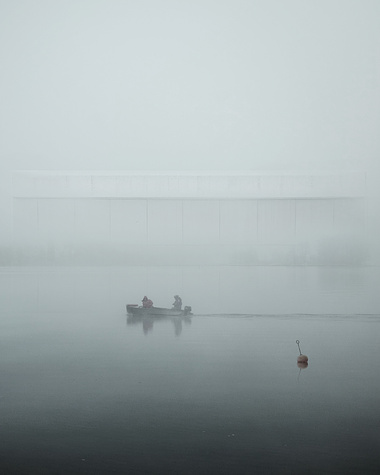 Lost in the fog 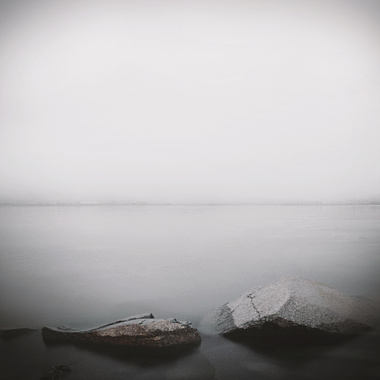 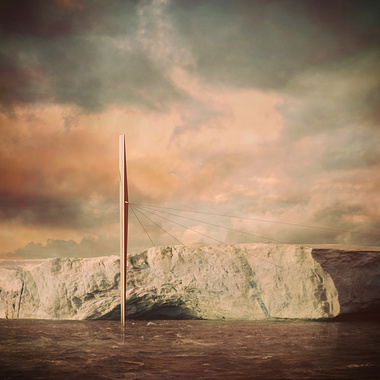 The final voyage of the last iceberg on earth 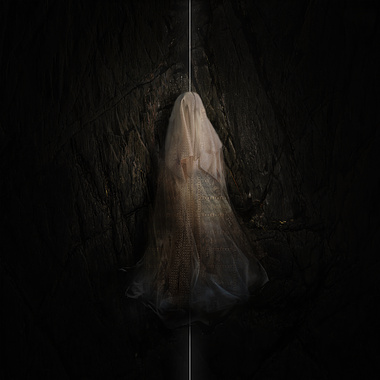